Kingswood Warren and Other Places 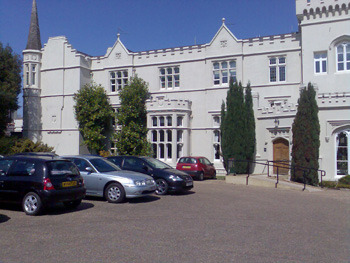 I rarely get to visit the historic BBC building Kingswood Warren .  I know it has a revered history having played a part in most technical broadcasting advances in the last 60 years – but the onlly one I was able to remember when I was there was the development of NICAM digital stereo.  But I did find this, here.

Designs Department was set up in 1947 to give impetus to the re-equipping of Radio and the re-opening of the television service after the war.

In the following thirty years there were very few developments in broadcasting engineering in which the Department did not have a hand. From the conversion of the 405-line service to 625 lines, the launch of colour, flim and video tape recording, telecine and caption generation, transmission of television by radio links, transatlantic cable and satellite, teletext and the BBC Microcomuputer, Designs Department had a hand in them all.

We were meeting about the PRISM project.  I am about the only non-technical person attending the meetings but after a year of technical planning and research I’m beginning to get an insight into some of the potential for the project.  It looks very, very exciting for the producer and the consumer.

In a few months there will be a public exhibition of what the possible outcomes are for the three year project.