Across The Line in the Ulster Hall 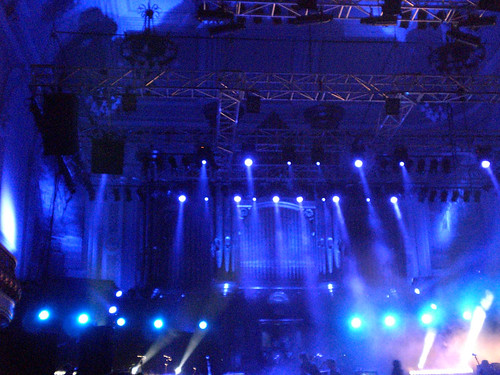 I remember my first time at the Ulster Hall; Taste led by Rory Gallagher – there were also a couple of Showbands on too. I think it was supposed to be a dance that night. Last night there were no headliners as such but Therapy? Ash, Fighting with Wire, Neil Hannon along with 2 Snow Patrollers appearing with Iain Archer were a whole bunch of headliners.  That doesn’t mean that the others were by any means “support”.

La Faro, Jet Plane Landing and FWW were the most memorable for me – glad to discover I still like ‘em loud. The cover song of the night for me was You Really Got Me.

Here’s one puny photo from the night – there is a much better set here on a Flickr Group and on the DYRTFT mini site on ATL .

God bless ALT and all that listen, present and produce.