“A hashtag is not a branding exercise.” 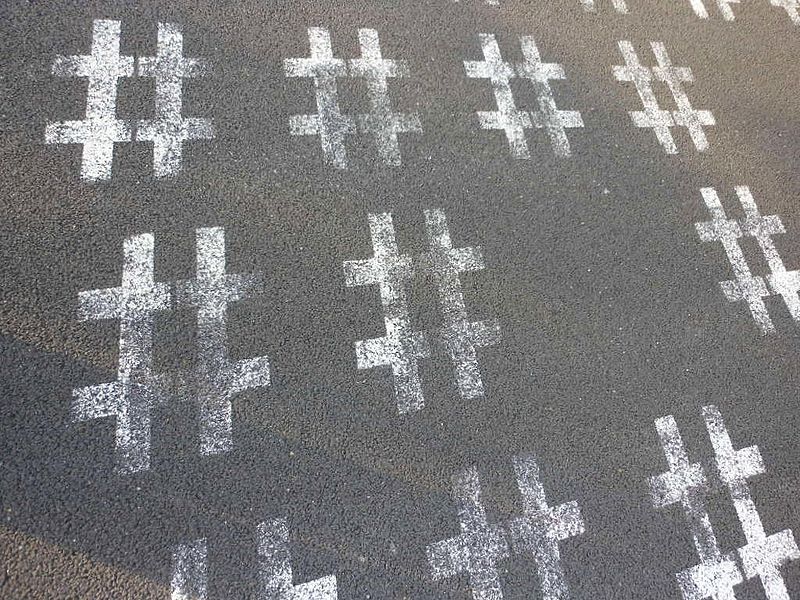 Author: Michael Coghlan from Adelaide, Australia Wikimedia Commons: http://bit.ly/1nnqlmAWhat is a hashtag for?

What is a hashtag for?

I was sitting with an important client. We were talking about the hashtag to be used at an event with a potentially global audience. I was looking after the webcast and social media production.

The client had already made a decision on a hashtag with their events partner. The hashtag had 20 characters plus #. Not only was it too long, there were at least five possible spelling mistakes; replacing an “a” with an “e” or an “e” with an “i”. “A hashtag is not a branding exercise!” (and in this case the exclamation mark is justified).  To the event organiser and the the partner, they only saw the hashtag as a way of mentioning the (full) name of the event.

“A hashtag is a navigation device. It helps people gather together all the comments so they can follow what is being said more easily.”

When you are organising an event and are expecting people to Tweet about it, then you need to help them. Afterall they are extending your publicity to their networks. Be creative, spend sometime thinking of a short punchy hashtag. Something memorable. Use dates to distinguish from similar hashtags e.g. #SoMed14. If by chance you can use the hashtag as branding, then that’s a bonus.

I expect Marketers will take a different view.