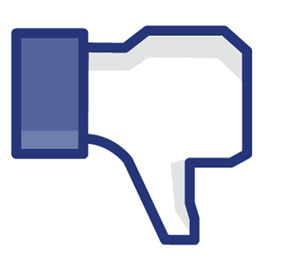 We have been together for a long time now. We began to see each other regularly on 23 May 2007. It would be touching, you keeping a note of this date, if I didn’t think it was for an ulterior motive.

Most likely though, it’s the way you increasingly go through my privacy – an sometimes allow others to do the same. Dear Facebook, is time we saw less of each other.

Now I’m not stupid, and you most certainly are not either. You have made yourself an integral part of western 21st century living. As someone who “works in social media” I cannot set you adrift in a digital sea. But I can use you as the tool you are.

The future of the internet might be mobile, but ours isn’t. You think you can use my phone microphone to listen to the TV and music I have on in order to “improve the facebook service”? My quotes, not yours. That – whether it is true or not – is the last straw. But sure, this has been coming for a long time.

The big problem that I will have to work out is engaging with other people using Facebook. But let’s take the problems one at a time as I encounter them.

It might not work out, but I’m willing to give it a try.