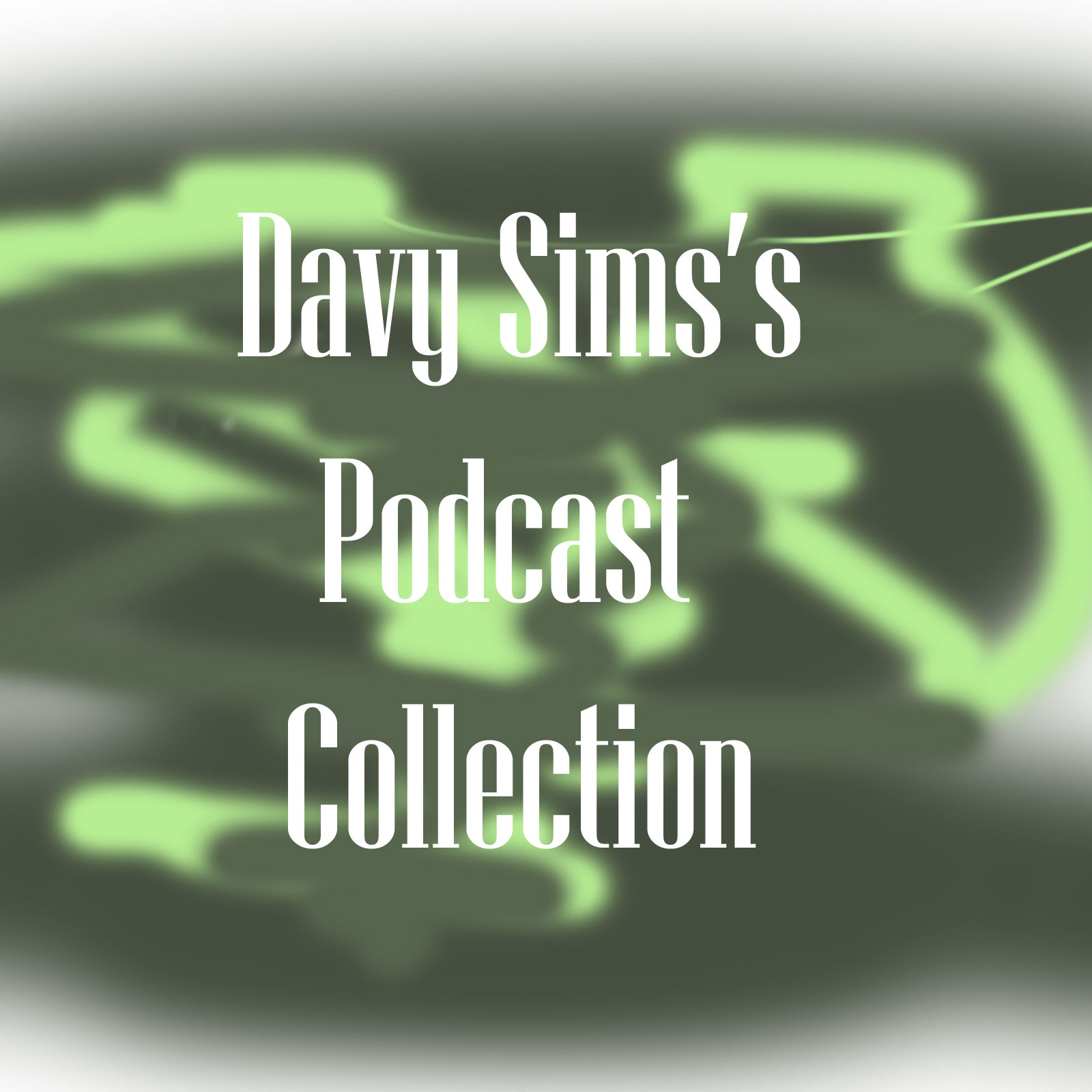 A saxophone makes most music better. But can you imagine what 14 saxophones can do? This was a stunning performance to open the 20th Festival Bled. Rather a traditional classical concert SOS played “Golden Classics” in St Martin’s church. Better still, not all the pieces were “golden” or “classics”. 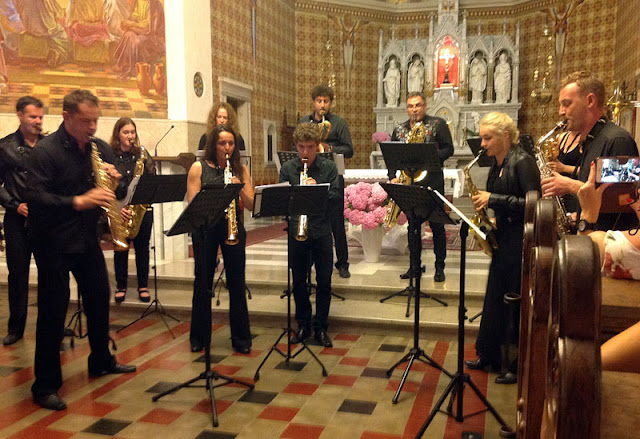 Let’s give them their proper name first: Saksofonski Orkester SOS You can find them here on Facebook.

St Martin’s church in Bled is a fantastic setting for any performance. The vibrant lively church acoustics set off the sound of the saxes the same way it echoes a grand organ and at times an organ is what SOS sounded like, The programme ranged through Gabrieli, JS Bach’s Brandenburg and Ligeti, on to Barber and Glinka. The players are mainly from Slovenia but a few from Croatia and Poland too.

The first piece Gabrieli, started simply with the orchestra falling into three sections of four to play a short introductory section each. But the fullness of the sound came when all, sopranos, altos, tenors baritones and the bass played one perfect set of organ like chords. And we were off.

A more modern experimental piece composed by Slovenian guitarist, Igor Lunder’s Zeleni Jure based on a Slovenian folk song followed [hear a recording not by SOS here] before the 3 movements of Bach’s Brandenburg which has never sounded so cool and mellow.

Now I do like a bit of Legeti, especially when the music is accompanying a spaceship hurtling timelessly though space. It was the film 2001 which introduced Legeti – even for a short while – to a wider audience. Coincidently the year before Igor Lunder was born.  More like modern jazz than classical (well, it was written in 1978), Hungarian Rock came across as uplifting and optimistic.

SOS take well known pieces like Barber’s Adagio for strings and say, “Hey, how would that sound on 14 saxes?” It’s just a little crazy, but most great ideas are. Barber missed a trick – his most famous piece should have been for saxes.

The relationship between saxophone players and their sax seems different to that between other musicians and their instruments. The players moving with their instruments like graceful dancers coaxing the music from the brass (actually a saxophone is a woodwind instrument – never understood that}. And the sax is a serious instrument – just hear it tackle Barber’s Adagio, but it still retains a sense of humour – as often do the players.

The programme over, everyone in the audience/congregation was well satisfied and presumably like me expected a encore. But that is not quite what happened. A French saxophonist was introduced. A professor of saxophone no less.

Jean- Denis Michat studied saxophone, composition, new technologies and music history at the Paris Superior Conservatory (C.N.S.M.P) from 1990 to 1999. At the early age of 24, he was appointed saxophone professor at the “Conservatoire National de Lyon” and promoted one year later to assistant professor at C.N.S.M.P.
Jean-Denis Michat has appeared both as a saxophone soloist and in several ensembles and philharmonic Orchestras throughout the world. He is today, one of the most famous saxophonists playing “a la francais”, and has dedicated himself to ensure a greater acceptance of the saxophone in classical music. Read more.

He played Chaconne by Tomaso Vitali. A profoundly moving end to a wonderful concert,

Festival Bled runs for two weeks. A standard has been set. There is no reason to expect that to be exceeded.