How is technology impacting on Journalism? This week Snapchat and paywalls 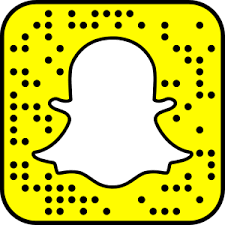 Here is the first instalment from Feb 15 – this is the second.

Did the Internet kill The Independent as a print newspaper or did the reduced easier to read tabloid version the i?

The Independent (proudly? defiantly? wisely?) goes online and the i has been sold to Johnston Press.

When I visited indy100.com a few moments ago the first thing I saw was a cat gif. I will not be returning in a hurry.

The Conversation this week poses the question about paywalls:

Journalism is in an existential crisis: revenue to news organisations has fallen off a cliff over the past two decades and no clear business model is emerging to sustain news in the digital era.

Some of the big news organisations are imposing paywalls on their websites, while others believe in free access to their content. In the latest in our series on business models for the news media, Tom Fell weighs up the pros and cons of paywalls.

What – when it was released to excited teenagers – was regarded as the most disposable social medium Shapchat, is now to be takes seriously. “Now the Wall Street Journal Is Publishing Stories on Snapchat, Too” [re/code and other places]. It appears to be only available on Snapchat Discovery in the US [“Is Snapchat One Step Closer To Being A Major Content Discovery Platform?” – Fast Company]. But if like me you have not bothered with Snapchat “because it’s just for the kids”, it might be time to review attitudes.