The Joint National Listenership Research (JNLR) annual survey has just been published.  “RTÉ Radio 1 kept its recovery going in the final months of 2015, but Today FM and RTÉ’s 2fm both saw their listener tallies slip, latest radio ratings show.” the Irish Times reports. Journal.ie which has an extensive and detailed report headlines “RTÉ Radio 1 is still hammering the opposition in the radio wars” and reported that it was “a big day for Radio One today, which continued its domination of the radiowaves with a slew of great JNLR results.”

The JNLR said of the results for Quarter 2, 2015 “RTÉ will be quite happy with their figures, Today FM may not be …”
They went on to say “The general level of radio listenership in Ireland continues to be incredibly high with 25,000 more listeners than this time last year – representing a possible halt of a recent (fairly small) decline, and a jump of one percentage point, with 84% of all adults now listening to the radio every day.”

“I Heard It on My Radio” –Overview Feb 2016 #JNLR pic.twitter.com/ZXxdQ7mNYX

The Independent Broadcasters of Ireland produced this infographic to demonstrate the popularity of radio compared with other types of media: 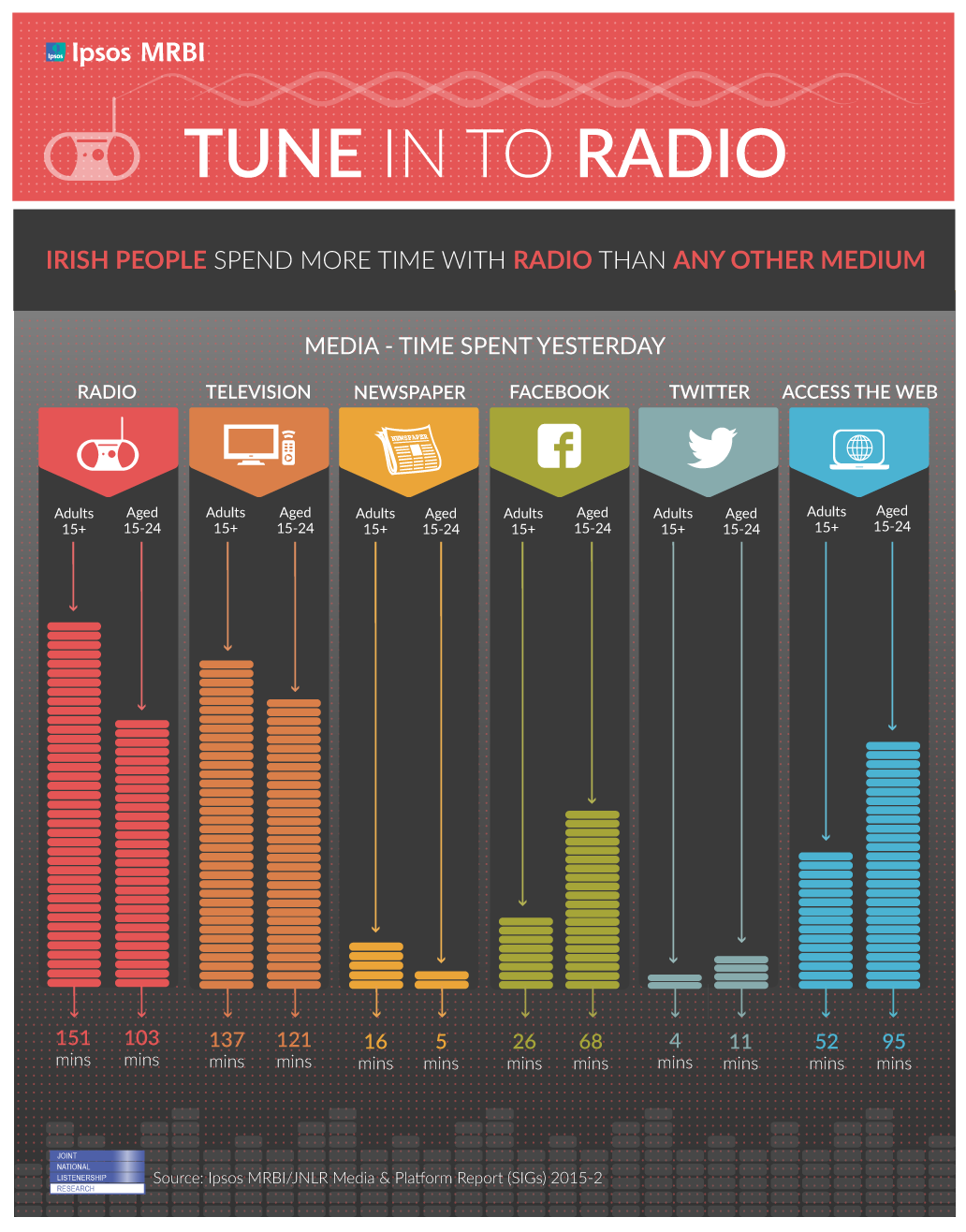 thejournal.ie has more detail, but these are the headlines

Today FM
The big success for Today FM is the Breakfast Show, presented by Ian Dempsey, which is up 6,000 since the last figures, with an audience share of 187,000.
Today FM holds onto its position as Ireland’s largest independent radio station, with a weekly audience of almost 900,000 listeners

There were drops across the board except for Louise McSharry.