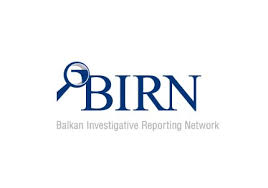 The United Nations regards a free press as a fundamental right, this week there are three examples of threats to a free press; in Croatia, Montenegro and Romania (see below). In recent months and years there have been others. Is the Slovenian governments directive to radio stations a blunt approach to a sensible objective – the promotion at home and abroad of Slovenian music and arts – or is it “punishment” for assumed and presumed (and crucially, unevidenced) behavour by broadcasters? And another form of manipulation of the public airwaves?

This week – 25 FEB 16 – a Balkan Investigative Reporting Network (BIRN) report says that Serbian Government pressure, state funding for favoured outlets and self-censorship have all contributed to a worsening in Serbia’s media landscape.

Tanja Maksic, BIRN Serbia’s main researcher in the project, defines “soft censorship” as “hidden control”, and says it arises mainly from non-transparent and selective state funding of certain media accompanied by punishment of those that defy government control.

“The authorities use official state funding to reward obedient media and punish those that are critical,” Maksic said, adding that the phenomenon feeds “clientelistic relationships” in which the media become addicted to and dependent on state-sourced finance.

According to the report, “soft censorship” runs from misuse of public funds to abuse of regulatory and inspection powers and various tax incentives granted arbitrarily by the state.

The long-awaited privatization of the media in Serbia has not brought freedom to the press, since only 34 of an initial 70 state-owned media outlets found new owners, the report says.

The full story is here.