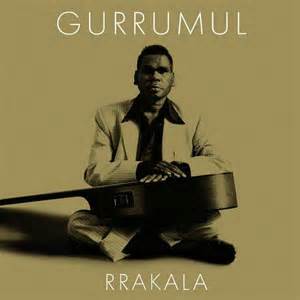 A news story in the Guardian sent me off to find out about Geoffrey Gurrumul Yunupingu. Maybe you have already heard his music – as I said in an earlier post, I’m just trying to catch up.

Here’s what Skinnyfish Music says about him

Gurrumul is an enigma in the Australian music industry.

Born blind, Gurrumul grew up as a member of the Gumatj clan on Elcho Island, off the coast of tropical North East Arnhemland. His fragile but powerfully emotive voice has affected the public in a way no other artist has done in this country.  This unique Aboriginal man sings songs about identity, spirit and connection with the land, its elements and the ancestral beings he is related to. His high tenor voice and aura-like persona creates emotion, compassion and a feeling of peacefulness and longing with audiences in Australia and around the world.#

Generally I prefer to listen to his music in the evening, but in the morning it is a less harsh start than the Today programme!

I have started to explore his music beginning with his 2008 album, Gurrumul.