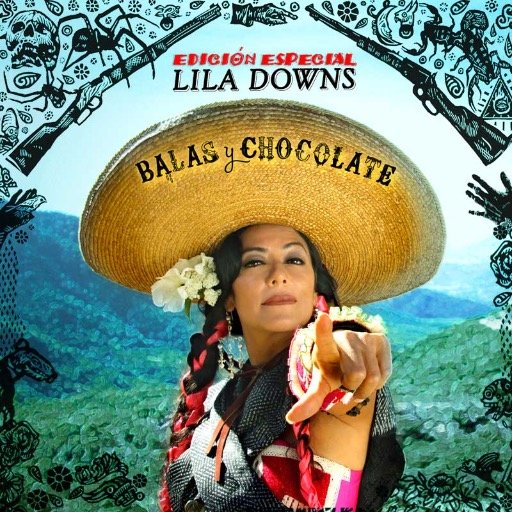 Never heard of her before!

I really am catching up on music I missed sometime over the last 20 years. This week Lila Downs, her album Balas y Chocolate has been played almost every day.

She’s playing in London’s Royal Festival Hall, thus proving I have fallen way behind in finding interesting music. She’s on Sony and has been releasing music since 1994, so, erm, hardly a newbie. And yes, I expect she has been on Jools Holland’s show.

Lila Downs has one of the world’s most singular voices and innovative approaches to music. Born in the state of Oaxaca México, she is the daughter of a Mixtec Indian woman, Anastasia Sanchez, who ran away from her village at 15 to sing in Mexico City cantinas and Allen Downs, a University of Minnesota professor. Lila grew up both in Minnesota and Oaxaca, and studied classical voice and cultural anthropology at the University of Minnesota. Her music and vocal artistry have many influences and is as varied as the ancient cultures that serve as her inspiration. Lila’s compositions are often striking commentaries on social conditions, reflecting migration and the search for roots as a core human need. She makes an important and deep connection with her fans, who are of all ages, races, and backgrounds. “I am very fortunate,” Downs says. “People who follow our music belong to all walks of life. Every day we connect with them.”

I have so much catching up to do.

Here’s a video of the title track from the new album.