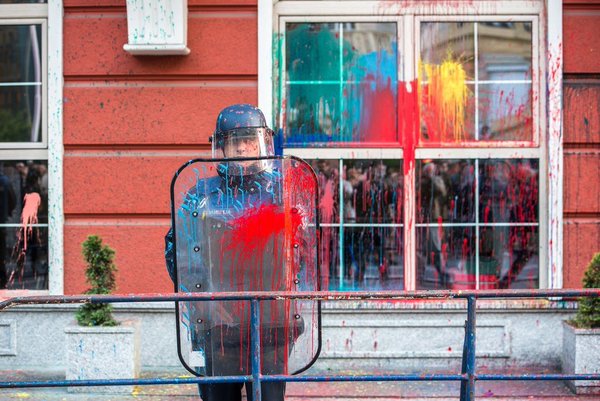 As the paint splattered, “Colourful Revolution” continues in Macedonia, and in part as a response, the country’s President Gjorge Ivanov has revoked pardons for 22 of 56 politicians, which sparked the protests.

Earlier this week, Professor Oliver Andonov claimed that the leadership of the “Colourful Revolution” movement that has been protesting in recent months is, in his view, led by the opposition SDSM Leadership.

Meanwhile the three special prosecutors, Katica Janeva, Fatime Fetai and Lence Ristoska have become “the heroes of the fight against in corruption”, according to Deutsche Welle as they continue to investigate corruption in high places in Macedonia.

Read about what’s been happening Week Ending 29 May 2016