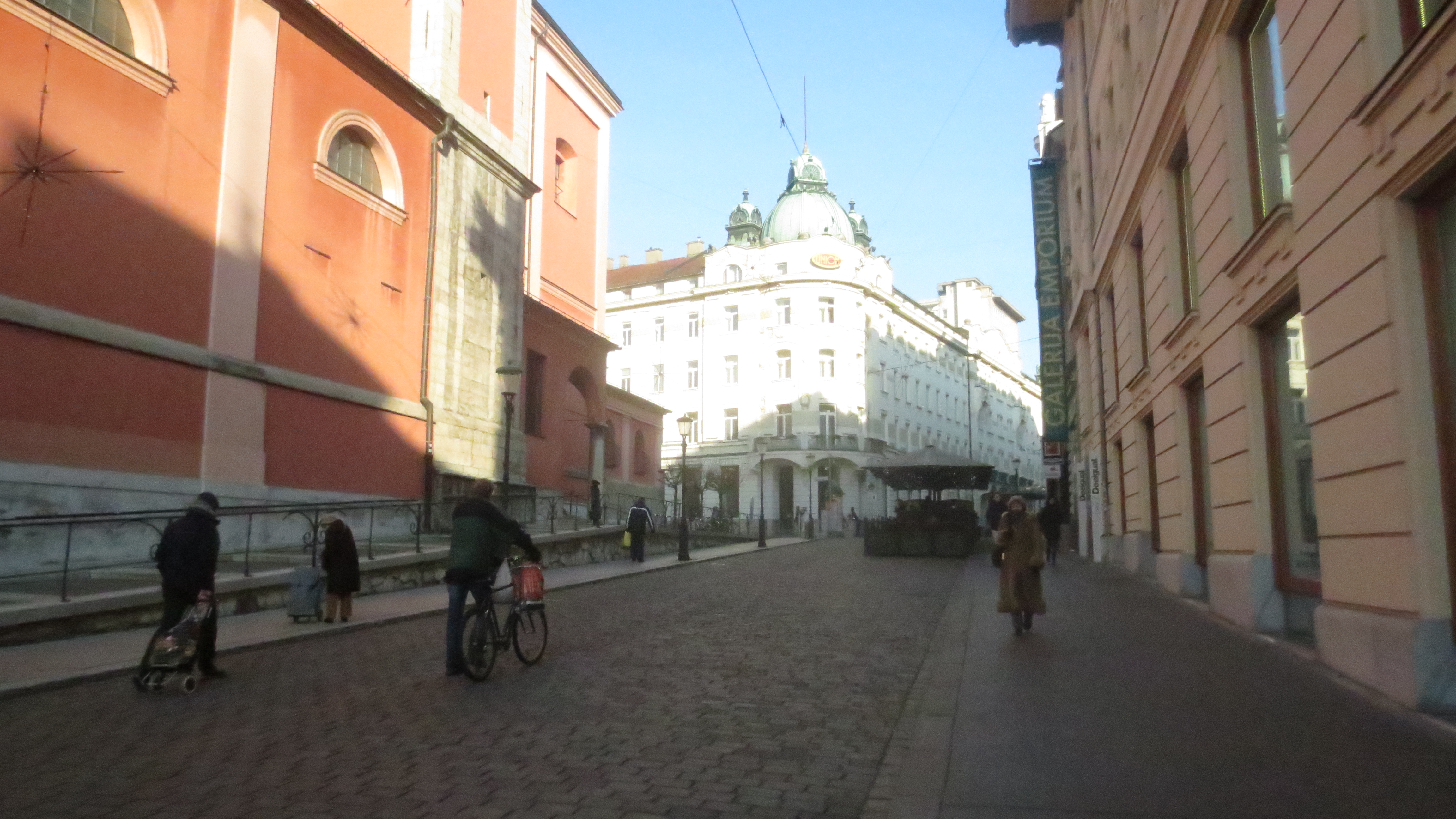 There was a glitch with the booking. It wasn’t the hotel’s fault, it wasn’t my fault. So, let’s blame the internet and avoid using that website again. (Not booking.com, which I normally use – this was something I had to book at the last minute … if you know what I mean.)

The Grand Union Hotel is one of the oldest and grandest in the city. It has a long tradition of high end service an accommodation. When we opened the door of a room on the second floor, the first response was “This is small.” The second response looking at the bed was “This is too small.”

Problems happen – the unexpected occurs and the mark of a hotel is how they deal with the problem.

It had been hard to book a room in Ljubljana that night. Later in the evening as we were stuck in a traffic jam, the driver explained: “It’s Friday, it’s December, it’s Ljubljana.” The hotel was extremely busy – people were coming and going in scores. Lively.

From the room to Reception. Having stayed in hundreds of hotels over the years, this is the first time I have needed to decline a room. I explained the problem – it was a single room and we were a couple. “This is what you have booked.” Explained the receptionist. “It was not as advertised or as expected.” I explained. “You booked it online. It must have been the interface.” He replied. “One moment.”

I could see how busy the hotel was. He reminded us that there were no other rooms … but within 2 minutes, the problem was solved. A new room arranged – a twin with two of those large single beds.

Union is a stylish, very well maintained hotel. The new room was large, fresh as a daisy and had a view of that wonderful building opposite. Although the city was heaving outside, once the curtains were closed, there was no sound from outside.

Breakfast the next morning deserves a review of its own. Enormous choice to satisfy every taste and appetite.

I stayed in the Union 20 years before – it was excellent then. It is even better now.