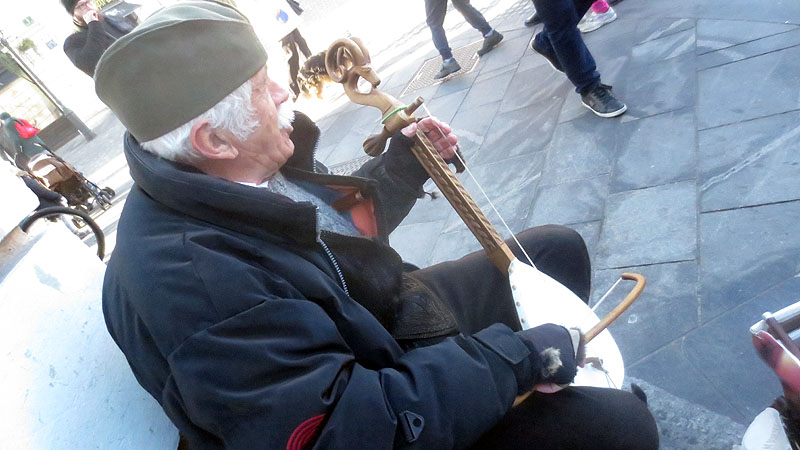 Even the morning after the night before the old city centre was lively.

Last night – stuck in a traffic jam at 7:00 in the evening on our way out of the city we saw even more traffic pouring into the city. It had been difficult to get a hotel room even at almost two weeks’ notice. “What’s happening?” We asked the driver. “It’s Friday, it’s December, it’s Ljubljana,” he laughed.

Travel tip 1 – once the Christmas lights are switched on, expect busy weekends in Ljubljana. Book well ahead.
Now it was 9:45. The morning was picking up. A hot chestnut seller was fanning flames back to life. The sky was clear, the sun was out and well wrapped denizens, well dressed visitors and padded musicians were busy about their day’s affairs.

I was there to record some of the sounds of the streets. Particularly the street music and the other music seeping out of buildings in the historic old town.

At that point I went back to the old Serbian playing his Serbian gusle
Then to Cacao on Trubarjeva cesta for hot chocolate.

Other music used in this recording

Here are some of the photos from along the route – perhaps more to add in the future. 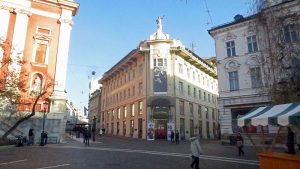 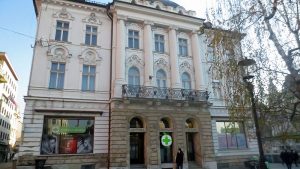 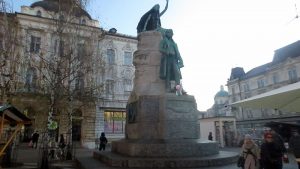 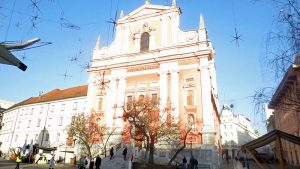 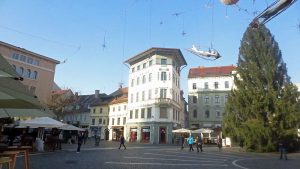 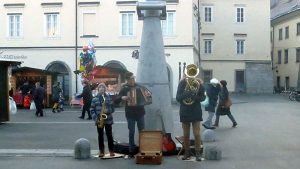 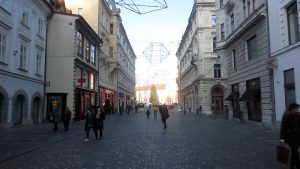 Looking back to Triple Bridge from Sritarjeva ulica 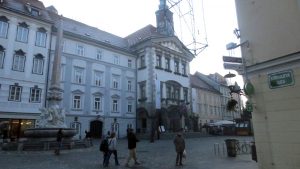 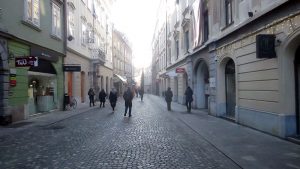 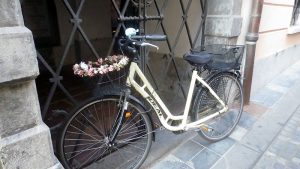 one of the city’s many bicycles 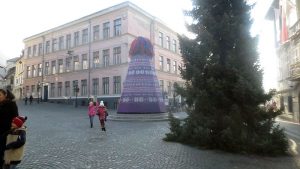 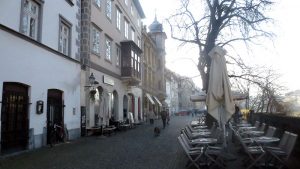 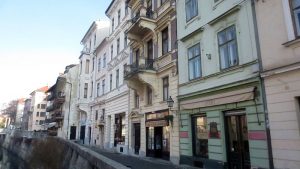 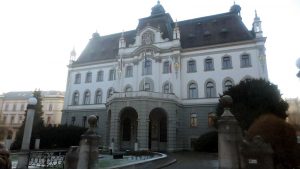 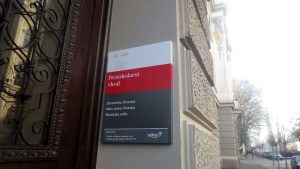 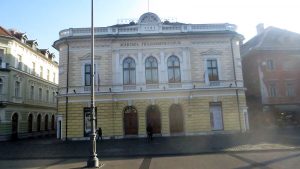 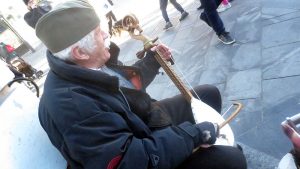