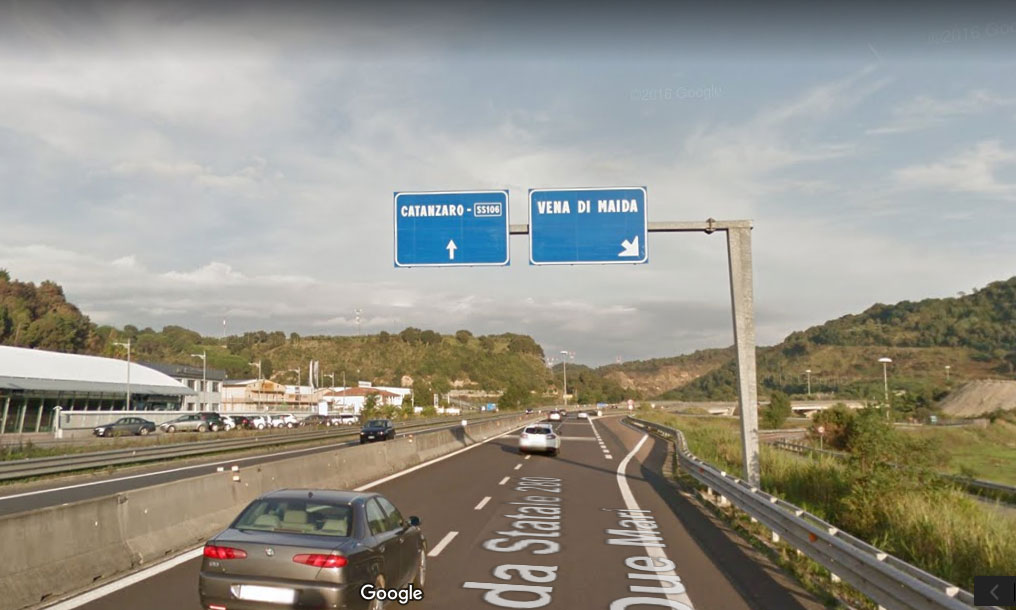 It was completely unexpected; like opening a cupboard in a room you think you know and falling into a different room, one filled with music and colour and dance. Yes, if that sounds a bit too like the spoken part in “Hole in my shoe”, my apologies. This has been mind expanding experience. But in a credit card abuse, not substance abuse sort of way.

The foot of Italy … Calabria (the toe) to Puglia including Salento (the “heal”) via Basilicata also known as Lucania (in the middle there). Together, the total population is around 6.6 million. Lazio – at the knee of Italy (the region that includes Rome) has a population just short of 5.9 million and Campania with Naples as its capital has 5.8 million people living there. Of the three regions in the “heal to toe” region, the largest is Puglia with a population of 4 million. [Like many other places in Europe, one place can have many names. Puglia is the modern Italian name for Apulia, based on the Greek Iapudes]

Why do I mention these figures? Well, comparing the regions’ populations with the output of music, bands, variations on traditional themes and the overall output – not that I have any, you know, pesky data – this part of Italy – is a runaway winner.

I have not been as excited about music since I first encountered Balkan brass bands a few years ago. We are in our fantasy epic musical journey around the Mediterranean. I had been quite looking forward to getting to those brass bands and svedah and other music of the Balkans. A quick loop around Italy and we would be there. Unimpressed with north west Italy and slightly disappointed with the Rome and Naples area – where I had expected so much – we arrive at the boot.

Now I’m here, I’m tempted to abandon the rest of the Med exploration and just stay here forever. Maybe make Lecce my base and move in full time.

OK enough of the blether – how about some evidence? A few years ago I realised I had grown tired of music – it was boring. I slowly realised that what was wrong was that I had spent a career finding new and interesting music and sharing it with others. This I want to share. I wasn’t doing that anymore – this “trip” is a step towards exploring, finding, sharing.

And the music from this part of Italy I want to share.

If you go no further in this post, watch the next video OfficiIna Zoè’s Mamma Sirena and if you can’t watch. try to find somewhere to listen to hear it. Interestingly the album (which is extraordinary) is not available to stream.

Find any music by Officina Zoè – it is an accumulation of all the very best that I have been listening to from this region. There are other refulgent examples, and I will point them out later. (As you can see, I’m already running out of superlatives.)

Although the music on the playlist is from all of this southern part of Italy, the focus in on the heal, the final southern part of Apulia or Puglia. We are in Salento. (You will notice I have not included Sicily here. I’m planning a special focus on the Med islands toward the end of this odyssey.)

Puglia can surely now take its place in the first rank of Italy’s famous regions. Clearly, everything the Italophile craves is there in abundance: ancient towns heavy with the tangible past; extravagant churches dreamt up by Europe’s finest architects; the footprints of an endless procession of conquerors and cultures, stamped in stone, gold and marble; seas of olives; olive-green seas; and food the equal of any in Italy. Travellers bored or worn down by the crowds of Campania and Tuscany can find still release in the baroque splendour of Lecce, ‘Florence of the South’, or one of many lesser (but no less beautiful) Puglian towns. —- Lonely Planet

I decided I wanted to explore the Med’s music because it is a place where cultures blur and exchange and create new better outcomes. The influences of Arabic music mix with medieval French. Catalan music is not defined by a French Spanish border – and here in the South of Italy you will find variations the Occitan language from that part of France and Spain.

It is no real surprise that in the port of Brindisi only 80 miles across the sea to the Albanian port Vlorë, yet 340 miles to Rome, and half that distance to Corfu, you will find areas where Greek and Albanian are spoken.

To the south and east of the above areas, is spoken of the Sicilian dialect of Salentino , as well as a Hellenic dialect known as Griko – a Greek variety. — Wikipedia

In isolated pockets of the southern part of Salento, a dialect of modern Greek called Griko is spoken by a few thousand people. In addition, rare dialects of the Franco-Provençal language called Faetar and the closely related Cellese are spoken by a dwindling number of individuals in the towns of Faeto and Celle Di San Vito, in the Province of Foggia.The Arbëreshë dialect of the Albanian language has been spoken by a small community since refugees settled there in the 15th century. —- Wikipedia

And that is reflected in some of the music. Take  Canzoniere Grecanico Salentino – listen to this or watch this:

I’m here for the music. There is so much and it is so good, I have given up trying to curate “the best”. The most I can do is point out some of the best and provide a very long Spotify playlist and a YouTube list that I expect I will be adding to for some time. It’s less necessary to produce the YouTube list, and there are others there you can add to your own collection and URLs in the videos bringing you to more; Italian World Music and Trio-Amigos.com

What is this music?

The Tarentella – did you ever take piano lessons? At some point you might have had to play a tarantella. As a dance it is rapid and swirling. It is the Tarenta – the tarantula – and in this part of southern Italy it is the “pinch” of the tarentula, the Pizzica (that’s how I understand it – I have some questions towards the end, about what I don’t understand).

It’s not all Pizzica – but in this instance it forms the majority of the playlists. Once upon a time, I would spend hours surfing the web, following link after link, just to experience the Internet. Here you can surf the music and discover for yourself.

The Tarantula amd the Tambourine 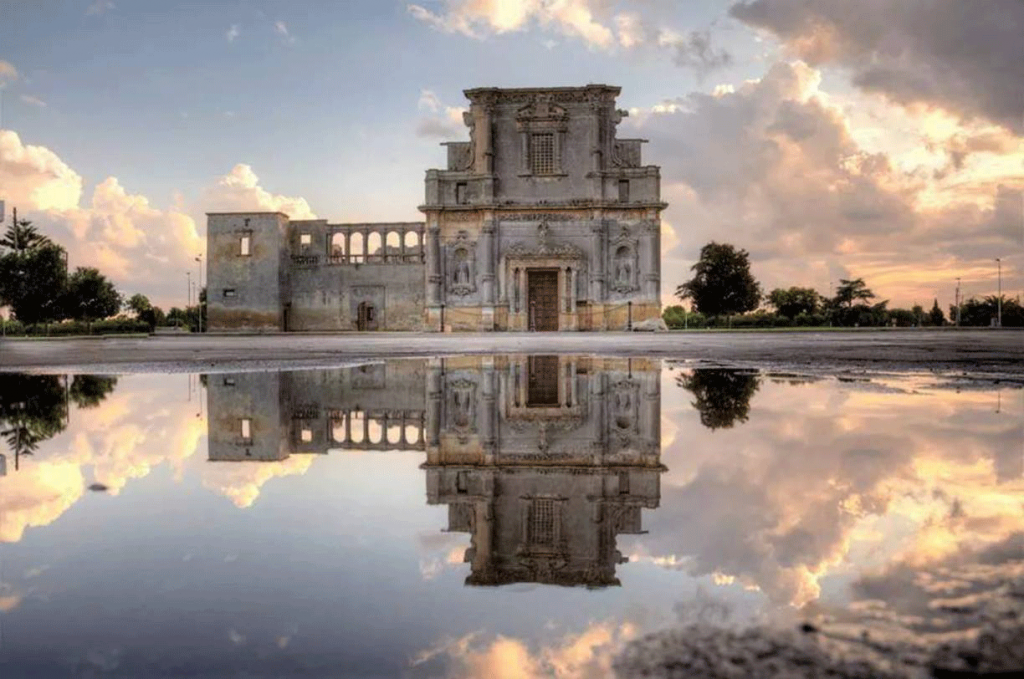 Officina Zoé,  Canzoniere Grecanico Salentino  (both have become favourites) and Uccio Aloisi gruppu, are three groups or projects which have led to an enormous musical revival.

The big annual event is La Notte della Taranta Festival – the Night of Tarantula festival. This is more than some local folk festival jambouree. At the climax it attracts on average 120,000 people. Musical directors are drawn from different parts of Italy and beyond. Previous directors have included Stewart Copeland and in 2015, Phil Manzanera (Roxy Music)

The Festival tours around Salento, normally culminating in a gran finale concert in Melpignano in August, which lasts until late at night … This music festival, started in 1998, an initiative of several municipalities of the Salento, which sponsored this event. Every year it appoints a new musical director. — Wikipedia

In 2016 it began with a woman and a tambourine.

These are not any old school six inch diameter tambourines. These are bloody big things – the size of a bodhrán

And in 2010 it started with a man playing the spoons.

Start with any one of these videos on YouTube and let them play – there is hours of this music.

Althought there are but 16 songs on the album Pizzica e Dintorni there is a rich diversity of styles. (This link to Apple music, there are others if you search the title.)

Now there is another example of finding even more following a link. My search was for the album Pizzica e Dintorni but the first thing I find is a Facebook page for Pizzica e Dintorni and the first item on that is a YouTube video Trio Zoè (Lamberto Probo, Cinzia Marzo, Donatello Pisanello) Tuppi tuppi Girodicorte Taviano , a variation on Officina Zoè .

There are two singers I have really come to like. Alessia Tondo (try this from Spotify) and Alessandra Caiulo (this also from Spotify)

Others to look out for:

Le Ninfe della Tammorra  who might be from Naples, I’m not sure. But their bright modern intelligent music they play fits well here.

Epifani Barbers I couldn’t find out much about them – they are on the audio playlist, too

Here’s one of my questions. Can someone please explain this genre to me, please? There seems to be some standard melodies and musical devices – one is a sort of call and response. A good example is that 2016 Taranta video above. There are other repeating phrases and calls and rhythms. I would love to know more

These lead to earworms which take days to move.

Enjoy the audio playlist from Spotify. Like the others it is a collaborative playlist. If you find something that isn’t there – please add.

YouTube is a little shorter. Please enjoy and go find some for yourself.

It took a while to find a novelist from this region. For ages I couldn’t find a modern writer from Salento or the Puglia then just a few days ago I did find Italian writer of Arbëresh ethnicity Carmine Abate who was born in Carfizzi and studied in Bari. Could not be a better fit for this project. “Between Two Seas” (review) set in Fondaco del Fico at the sole of Italy’s toe.