Digital – Archive, Analogue – Decoration. Is a paperback analogue or is it just a thing? 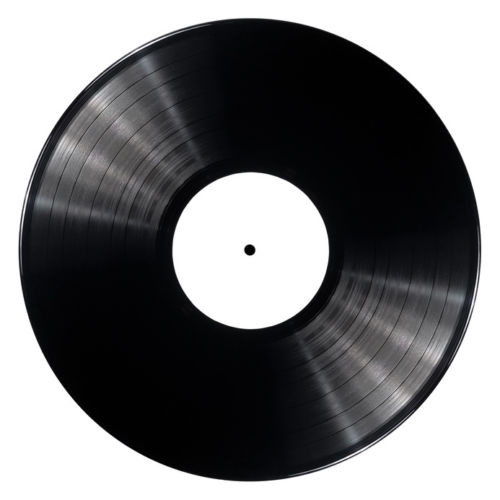 We were on the Routemaster London bus. The number 6 from Piccadilly Circus to Hackney Road where I got off. There is still a Number 6 route, but it only goes to the Aldwich these days. It was dark outside. It must have been winter but early in the evening. The commute “home”.

I was sitting a few seats behind and watched as the man opened a plastic bag that had been sitting on his lap – Virgin, HMV, I don’t remember. Perhaps it had no branding and was from an independent.

He reached in and removed a flat envelope about 12 inches by 12 inches – the new Van Morrison. Hymns to the Silence. He looked at the front of the cover for a while. Then holding it by diagonally opposite corners, lightly, by the tips of his middle fingers, flicked the envelope half a spin to allow him to read the back. The track listing and that photograph of Hyndford Street where Morrison had grown up. About 5 miles from where I had grown up. And nearer 500 miles from Piccadilly Circus, Haymarket and Trafalgar Square that by this stage we were passing. The permanent protest outside the South African Embassy. But this is not about Van Morrison, not is it about whoever that man was. Don’t ask if he was from Belfast, too. I don’t know.

This is about what he was carrying.

He dipped his hand into the envelope and pulled out the inside cover. He examined it for a moment before slowly removing the disc itself. He for almost as long as he had spent looking at the photos and track listing outside, he examined at the patterns the groove had cut into the vinyl – the light reflected from the bulbs on the bus, the dark black shadows at the depth of the groove. Then, as he had done with the cover, lightly held the album between his middle fingers and flicked the disc so that he could carry out another inspection this time of, presumably, side two without putting a fingerprint onto the blackness. The beauty of the cut, the separation of the songs, the flatness of the surfaces.

The record had not yet reached a turntable or stylus. Yet it had already been enjoyed.

I had not recalled this memory until recently while reading the excellent Magic and Loss a book by Virginia Heffernan (Wired, New York Times, Trumpcast, Twitter @page88). She wrote at length and with great verve about how we all – because of digitisation and the availability of screens – read more and that reading is not books and that the rise of the ebook … Well to select short quotes from her publication does not do justice to her argument. Although … “My reflex for reading long involved books – dampened by age I used to believe came bounding back the moment I saw the Kindle.” The chapter is “Text”. Go read it if you are interested. Virginia Heffernan has read more books that I am ever likely to – especially those long, involved ones she mentions. I agree almost completely with everything she says in that section – and I then didn’t, quite.

I too had had my fill of books just as the Kindle was becoming available. The reason may have been age but more likely it was a reaction to inconsiderate publishers who made my eyes weep with strain – the font too small, the contrast of the ink and paper insufficient. My Kindle became my devoted companion. We were inseparable during train journeys from Holywood to Belfast or overnight from Munich to Ljubljana, at airport lounges, in doctor and dentist waiting rooms. I read every John Connolly Charlie Parker novel on Kindle except the last two.

The convenience: at one time I owned more than 5,000 of those vinyl albums. At one time or another the total, 10,000 would be a close approximation. I own none now. Precisely zero. Gave them all away. They took up so much room.

The convenience: the last three or four albums I bought I could not have got in a Belfast record store. An indie shop might have been able to order them (Mama Sirena, Office Zoè and Also Sprach Zarathustra, Laibach – on day of release).

Then one evening I read that John Connolly, whose stories went wherever I went unless they were waiting for me in the Amazon Cloud to be delivered at my convenience by Whispernet (providing I had a wireless connection), was appearing at the Ulster Museum to be interviewed and sign copies of his new book Song of Shadows. Would it be weird to ask him to sign my Kindle?

(Stop for a moment, I’ve just visited Connolly’s website and I see there is a new book. Hail, hail digitisation.)

I bought the printed matter and he dually signed it. One book on a shelf. There are fewer lonelier things. It gained a mate when Time of Torment was published. When the new A Game of Ghosts is added, the one I have just read about, it will join a new family. A nascent library. Because I realised I like books. They are pretty, they smell good, they are decorative, but they also mark milestones in your life that you can look back on, reflect on. You can rifle through the shelf or pages to find what you are looking for, you can flick and mark up and ear mark them. In Finding Forrester, a Sean Connery movie, the central character, an author, William Forrester scolds a young man who he is coaching as a writer for folding the corners of the pages and demands that the teenager show more respect to the author. He’s wrong, the reader is paying homage to the author in that interactive move of folding the paper to mark the place. It’s the publisher or a bibliophile who the reader is ignoring – as they should.

Just before I began to read my way around the Mediterranean I bought and downloaded The Bastard of Istanbul, Elif Şafak. I loved it – but it is hidden in my Kindle, stored away like an embarrassing secret, all in the name of convenience. I will be buying Elif Şafak books in three-dimensional exhibitionism from now on and placing them with the others on the handmade shelf beside my sofa.

Now that I know there is a new Connelly, I will be off to buy it.

That is another important consideration, just as important as convenience. No Alibis is an independent bookshop in Belfast. Each time I buy a book on Amazon, it is a book not bought in a shop – any shop on a street and more importantly an independent book shop. Buying books in a book shop is an act of disruption – only this time the normally disruptive digitalisation is being disrupted. It is also an act of support for one business model which we will severely miss if we fully adopt the other.

My new enthusiasm is not an end to digital convenience. I had to download the English language edition of The Only Witness to Beauty by Croatian author Miro Gavran. I could only find it available for Kindle. But I want to buy some of his books. Books to mark this phase – no matter how short – in my life.

Will I ever see than man on a bus again? Carrying a plastic bag containing a cardboard envelope, holding a paper cover around a vinyl disc, looking at the rainbow of colours as the interior bus light catches the groove as we pass the South African embassy on a Number 6 London bus?

You can fold the pages of a book, spill hot coffee over it, write in the margins, drop it out of a 6th floor window and you still have a book – an ugly deformed book. The story can still be read. So much as leave 12” LP in the sunlight streaming through the window and the song has gone forever, at least in the way it was supposed to be heard.

No – yes, I know – the sound dynamics of an MP3, all that lossy data compression. My hearing isn’t what it was – all those years wearing headphones playin’ way up loud. I don’t care.

(Interesting and true coincidence: The Amazon delivery man arrived as I was composing that – what was to be – final paragraph. He brought a copy of Zagreb, Exit South Edo Popović – I have reached Croatia in my read around the Med. Frankly, the font is smaller than makes me comfortable and the contrast weaker than I would like. This object might become decorative and a Kindle download the storyteller.