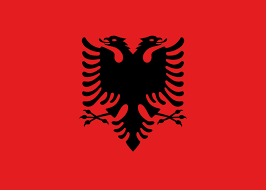 The search continues. Undeterred by almost total failure to find music worth listening to in Montenegro we cross the border into what was post 1945 until the fall of its communist government in the wave of change in the end of the 1980s. Changes in Albania began in December 1990. Albania was surrounded by Yugoslavia yet maintained its independence. It was one of the most secretive and isolated of the communist states. It was also the poorest.

I remember will listening to Radio Tirana late at night as it crackled and faded and propagandised into the night.
A few weeks ago, someone I follow on Twitter posted the text of an interview on NPR with the legendary producer Joe Boyd. He had co-produced an album by Saz’iso who play play saze,

“ … a style that developed when iso-polyphonic a cappella folk songs, with at least two melody lines and drone backing, were matched against violin, clarinet, lute and percussion. The result is music that is unworldly, often melancholy and haunting. The best songs include Nënockë, a tragic dialogue between mother and daughter, featuring the powerful interlocking voices of Adrianna Thanou and Donika Pecallari, with lute providing the drone effects, while the instrumentals include the exquisite and soulful Kaba Me Violinë. Saz’iso deserve a following far beyond Albania.” Guardian

Albanians call their country Shqipëria, but that has only been since the time of the Ottomans. Variations of Alban or the original middle ages name Arbëria. Which is also a diversion, but I have often wondered why some countries and towns call themselves something so different from what we English speakers call them. God, I love Wikipedia!

What I am looking for is Eda Zari from Tirana. She weaves the most haunting and complex harmonies; jazz, ethnic fused with sometimes big arrangements, but all time avoiding the glib that some music is reduced to by over-production and popularisation. She lives in Germany after her family experienced some sort of political pressure resulting in Eda being prevented from continuing her study in Conservatory of the Academy of Arts in Tirana. Unfortunately, the Wikipedia entry reads like a press release.

Here music is outstanding – if nothing else listen to Toka Incognita.

I am looking for Elina Duni – another jazz singer who moved from her birthplace, Tirana, to study and live in Switzerland. Here’s Wikipedia “Elina Duni (born March 1981, Tirane, Albania) is an Albanian jazz singer and composer. She left Albania at the age of ten, she went on to study classical music and jazz at the University of the Arts Bern in Switzerland, but after 2004 Albanian folk music became a prime influence.” She – like Eda Zari – picks up traditional folk melodies and mixes them with modern interpretations. There is also the Elina Duni Quartet. Plenty of superb listening here already.

Into the archive for Vaçe Zela for some of that wonderful 60s Iron Curtain pop which straddled borders during some of the grimmest years of the Cold War.

“Zela was the first winner of the first Songs Festival in Albania with the song “First Child” (Albanian: Fëmija i parë) on 26 December 1962. International awards include “Golden Disk”, “Woman of the year” in Cambridge, England for ’97-’98, “Golden Microphone” from the Ministry of Culture of Kosovo, etc. The latest award was “Special Grand Prize for Singing Legend”, the 45th anniversary of the Festival at ART, for the singer’s unique contribution to Albanian music, and participation since the very first years of this festival, during which she received many awards.”

Fanfare Tirana are a lot of fun. Balkan Brass Band, reggae, dub, and lot and lots of energy. I love this stuff – found all over the Balkans.

And finally, Offchestra – modern, rocky, dancey, blue beat and a little Balkan brass. Good time music
Thank you Albania. Small, remote, isolated for decades now elbowing its way into the modern world with a massive amount of talent to offer.

I’m also reliably informed, a great place for a holiday.

Over on YouTube, see some of these bands and more.

We pass the halfway mark in this Mediterranean tour next time in Greece and hear from an Irishman who plays traditional Greek music and instruments.