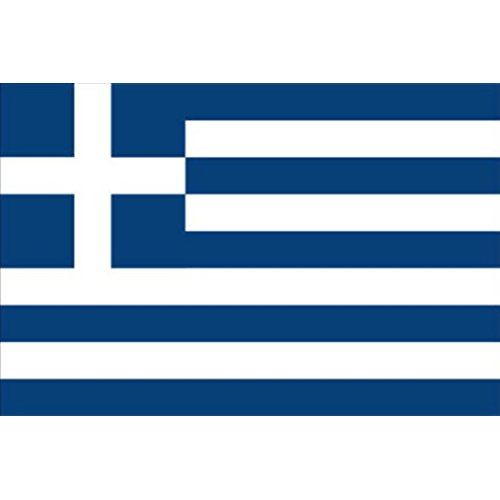 Portugal has Fado. Bosnia and Herzegovina have Sevdah, older by many centuries than Fado but with some of the social associations. In Greece Rebetiko (ρεμπέτικο) is the street music for late 19th century to now.

Roza Eskenazi born in Istanbul in the 1890s moving to Thessaloniki as a child was a famous rebetiko singer. She died in Athens in 1980. There is where my playlist began.

My hyper-superficial imaginary music tour of the Med. continues and while I am barely scratching the surface of music from the countries on the sea’s coast, I am finding music and musicians I otherwise would have never encountered.

We are in Greece this time bypassing Macedonia and Serbia (not on the Mediterranean coast, but I expect I’ll go that direction another time). We are back in the EU – Euros in pockets and border crossing passport checks.

Rebetiko is the music of the streets and the city – Athens, but we are on the coast. Other music from Greece easily identified from this region is of the islands. There is a lot of authentic popularised “holiday Greece” music to be heard. I’m looking for something more interesting. It has not been easy, but I have managed to find a few gems.

Let’s start with a band to add to my favourites. A duo with an international standing – who I have never heard of, Kristi Stassinopoulou and Stathis Kalyviotis. She, Kristi, has been on the Athenian alternative music scene for many years. He, Stathis, was a founder of one of the first Greek language punk bands. They incorporate modern instrumentation and composition with a Balkan music influence that faces the east toward Asia.

There are four tracks on the playlist – the album NYN is added to my “favourites”. In the first draft of the playlist, the whole album was included.

The music of the islands is probably the most identifiable Greek music – it has entered our consciousness through popular culture. One of the leading exponents isn’t Greek. Ross Daly is of Irish descent, but from Norfolk and travelled the world learning local music before settling in Crete 35 years ago. A mere blow-in to this ancient culture who has embraced it with such enthusiasm and ability that he is now a leading player and teacher of the music of these islands.

As usual I have added some early traditional recordings  (Giorgos Papasideris) and mixed with modern music which defies categorisation – Giannis Aggelakas (Greek rap?? ish?). The mix includes the ancient, the modern and modern interpretations and influences.

During an earlier part of this journey, I discovered that in southern Italy there are both Albanian and Greek speaking communities. Canzoniere Grecanico Salentino (the clue is in the name) quickly became one of my favourite bands. And here in Greece it is no surprise to find another Italian Greek band. X-Darawish  formed in Bari in Italy, about 150 km from Lecce where CGS are from. X-Darawish went to to success in Greece. “In 1998 the X-darawish recorded their first album, Una ratsa mia fatsa ( Fm Records ); republished in 2000 by Il manifesto (more than 12,000 copies sold) that earned them the POP n ROCK prize of the Philippos Nakas Conservatory of Athens and the Radio Fm radio as the best emerging group of the year in Greece.”

Antonis Xylouris (Greek: Αντώνης Ξυλούρης), nicknamed Psarantonis lives in Crete. He plays the lyra and has a global reputation in world music.
He has played with Daemonia Nymphe who take a neo-classical or neo-folk approach to ancient Greek music adding modern production techniques and interpretations.

There are a lot of jazz musicians listed here,  but I stumbled across Baby Trio  by chance. No indication of anything Greek about them, apart from the names …

There is plenty to explore here, but I’ve hung around too long. “My fingernails are filthy, I’ve got beach tar on my feet.” (If you were wondering how Joni Mitchell got on the playlist). I’m off before the tourists arrive. The wind is is from Africa, and that is the direction I am heading. But not before Turkey, Syria, Israel, Palestine.

Now to the Kipoi/Ipsala border crossing.