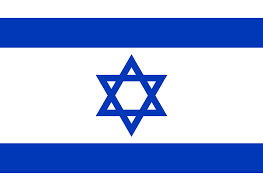 From Turkey south on this trip to find interesting music, modern with folk/ethnic roots (world music, roots music, traditional music), I have metaphorically travelled through several troubled countries. The idea is to travel by the coast. This, of course, is impossible in real life, but as this is a fantasy journey I can imagine that coast road. From Lebanon to Israel to Palestine. The Lebanon-Israel border is near the coast. But the Ras Al Naqoura Crossing is not for us tourists and music seeking travellers. Google maps tells me I have to drive from Lebanon to Syria to Jordan to Israel.

This is a troubled area and I am not giving either travel directions or political analysis – although sometimes separating politics from music is a bit like separating sand from treacle. We begin with that confusion which will take us through the final parts of the journey where borders separate people not music, air, birds, wild animals or (later in the journey) nomadic peoples. I ain’t checking passports or voting intentions here.

There are no boundaries in the world of jazz, and if there are, they are there to break through, – playfully and with ease. For Michel Sajrawy, a Palestinian of Christian faith who comes from Nazareth and has an Israeli passport, overcoming contradictions is an important element – in everyday life, and in his music

The playlist starts with someone I have seen play live Ester Rada, you can read my review here.  While Rada owes more to R&B and soul than any traditional music, the Faran Ensemble set out on a spiritual journey

Their instruments belong to the ancient traditions of the east, allowing the musicians to combine mystical sounds with modern influences. In their music, Mediterranean landscapes weave an enchanted soundscape, a magic carpet to take the listener on a voyage to faraway lands.

I expected that the Klezmer music genre wold be pretty widely represented here. “Klezmer is a musical tradition of the Ashkenazi Jews of Eastern Europe.” Unexpectedly, it’s easier to find in other parts of Europe (for example Barcelona Gipsy Klezmer Orchestra)and the USA. Here, Burning Bush represent the genre.

One artist I will be listening to more is Riff Cohen, an Israeli singer-songwriter, actress, and musician who performs songs in Hebrew, French and Arabic. Another who I’m really impressed with and who provides some musical challenge is electronic music artist Noga Erez

Onward, my friends. To Palestine which is both east (the way we came) and south a bit and on the imaginary no border coast road (which evaporates at the “The Green Line“) south to Gaza.

About Yemen Blues in Times of Israel

About Noga Erez from The Guardian

12 of the hippest emerging Israeli bands