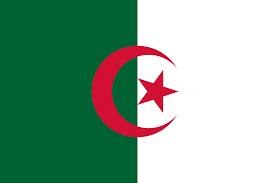 I came in search of Horslips and I found Raïna Raï! Let’s dance!

The Horslips line is a bit of a joke. I came in search of the musicians who do with their music what Horslips, Fairport Convention, Mosdar Savdah Reunion do with their country’s music. That has been the aim of the exploration of the Mediterranean. My expectation that music crosses sea, borders and skies as easily as the birds began with the Arabic influenced Spain (for example Luis Delgado) through to the here and now. We have reached the point where some of the artists come from Algeria but have moved to France, Spain and Italy.

That has been the case all along. Music comes from a place – say Minor Empire from Turkey now in Canada [more] and music from Slovenia’s Terra Folk (more) who capture airs from across Europe including Ireland and Scotland. Musicians move. They move cities, countries and continents. And when a continent is as close as the three surrounding the Med, it’s to be expected that the migration and cross pollination will enrich the music adding diversity and often challenge.

Into Algeria from Tunisia I read is probably easiest by ferry. The Taleb Larbi, crossing in Algeria is quite far south. But hey, ho. This is just a theoretical journey. Then we were in Tunisia and now we are in Algeria. A mere click away.

With the exception of Libya, north Africa has been incredibly rewarding. No less Algeria. The playlist starts and ends with the same band the same tune from Raïna Raï, (Arabic: راينا راي‎)

“an Algerian raï band from Sidi Bel-Abbes. It formed in 1980 in Paris and continues to this day. The founding members are Tarik Naïmi Chikhi, Kaddour Bouchentouf, Lotfi Attar and Hachemi Djellouli. “

Let’s focus in on a few of the musicians on the list.

Nabil Baly are not from the coast, but the deep south of Algeria. Once again Tuareg musicians playing a music I had not heard until recently but is fast becoming a favourite genre.

[They] are four Tuareg musicians from the heart of the Sahara, a small town named Djanet in the extreme south east of Algeria. The group revolves around Nabil who, like all Tuaregs, is nourished by his culture, his heritage and his environment. He is, moreover, the worthy heir of a great family of musicians, including Baly, his father, poet and famous ud player.

If they are part of the movement of contemporary Tuareg music, they do not walk in the footsteps of their elders Tinarewen. They have a singular language among the Tuareg groups of which they stand out. Their music testifies on the one hand of their culture, of their Tuareg identity of which they are strongly impregnated, and on the other hand of their belonging to the Maghreb. What they play reflects what they are: from a people, a tradition, living in Arab countries but Tuareg culture. Their music travels between pure traditional “tinde”, Algerian chaabi, desert blues … With guitars, bass, percussion and vocals, feeding on the sharing, they invite us to cross the Sahara and the Maghreb.

“Souad Massi (سعاد ماسي), born August 23, 1972, is an Algerian Berber singer, songwriter and guitarist. She began her career performing in the Kabyle political rock band Atakor, before leaving the country following a series of death threats. In 1999, Massi performed at the Femmes d’Algerie concert in Paris, which led to a recording contract with Island Records.
Massi’s music, which prominently features the acoustic guitar, displays Western musical style influences such as rock, country or the Portuguese fado but sometimes incorporates oriental musical influences and oriental instruments like the oud as well as African musical stylings. Massi sings in Classical Arabic, Algerian Arabic, French, occasionally in English, and in the Berber language, Kabyle, often employing more than one language in the same song.”
More here

The other from an older generation is Cheikha Rimitti a singer born Tessala, Algeria in 1923. She died Paris 15 May 2006.

Cheikha Rimitti was one of the most important figures in Algerian rai music, and considered one of the greatest of all the cheikhas (the female singers of western Algeria, whose earthy vocal styles provided snapshots of everyday life around the sea-port of Oran), so it is fitting that she recorded her last album, N’ta Goudami (“Face Me”, 2006), at the Boussif studios in Oran, the birthplace of rai music.
Rimitti’s life was one of triumph over adversity. She grew up an orphan in the western Algerian town of Relizane, her parents having died when she was very young. Nicknamed Saâdia (“happy one” or “the blessed”) she spent her formative years sleeping rough and would often seek shelter in the tombs of local marabouts (saints). She said later of her early hand-to-mouth existence that it taught her how to survive.

Her obituary his here

It’s unsurprising that there is a lot of interchange between French and Algerian culture. An Algerian band based in Genoble is Gnawa Diffusion who play Algerian Gnawa music

“The group’s lead singer, Amazigh (literally meaning ‘Free Man’ in Tamazight), is the son of the Algerian writer and poet Kateb Yacine. Although there is a strong Gnawa influence, the band is noted for its mix of reggae and roots music. Gnawa Diffusion is very popular in Algeria and is also well known in many other countries including Morocco, Tunisia and France. The band’s lyrics are in Algerian Arabic, Tamazight, French and English. Gnawa Diffusion started their career in 1993 with the release of the album Légitime différence.”
More here

You are going to find jazz/fusion, here. I think we have found it in every country. Here hats off to
FreaKlane, Akli D, and Anis Benhallak

And Orchestre national de Barbès a French group founded in 1995 in Paris, more precisely in the district of Barbès from where it takes its name. The band are Algerians playing mainly Gnaoua music as well as other genres.

Now the final destination is calling and we are on the Marrakesh Express.