More than 50 women you should hear sing – Part 1 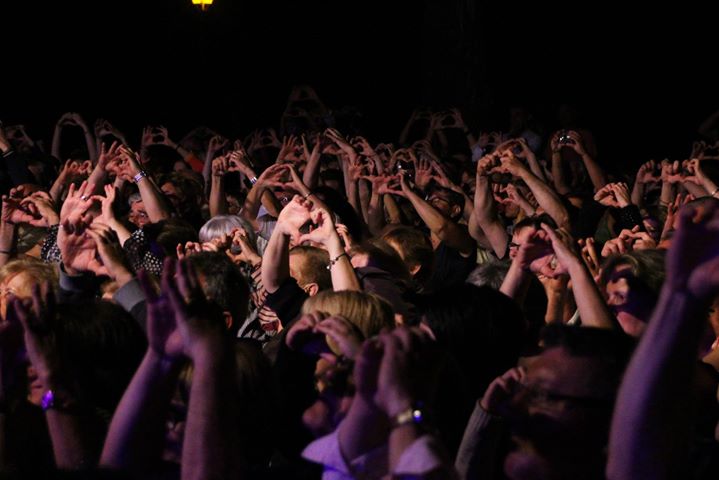 When I completed my imaginary adventure finding music from around the Mediterranean I was thinking about where I wanted to go next. But a thought was niggling away like an earworm. I have found some fantastic women singers in the past two years. Singers who probably are not well known – perhaps some are.

A quick check through the playlists and there are well over 50 who are completely new to me. Here are the first 15 or so. Some are solo, some are in bands. But this is not a top 10 or 15 or 100. This is a balanced playlist,

These songs and this list does not represent a top 10 or top anything (there are 15 singers here) I’m trying to strike a balance of style and tempo and the other elements that make a good playlist. Although La Mal Coiffée would be in my top 10 …

In one word, “Wit”. I have grown out of funny songs – mostly they are not funny on first listen let alone 21st listen. But wit is different. Wit never gets tired. Wit is one of the characteristics of La Mal Coiffée I enjoy most also with beautiful harmonies, frame drums and style.

“La Mal Coiffée take their name from a recurrent figure in popular tradition : “La mal cofada”. Ill-groomed and scrufy… the endearing rebel ! “Originally from Minervois, La Mal Coiffée reinvents a polyphonic song where poetry and the Occitan language are inseparable from the popular expression. Anchored in modernity, this work echoes the Languedoc tone of voice, a deep and warm tone supported by a powerful rhythmic game.”

There are two singers you need to know from Officina Zoè, Cinzia Marzo and Silvia Gallone.

Officina Zoè was formed in the spring of 1993, from the union of some Salento musicians – the idea of Lamberto Probo, Donatello Pisanello and Cinzia Marzo. Immediately the band became the driving force of that movement of rebirth of the Salento musical tradition, which today brought to the international stage the Salento and its irreplicable local specificities.

I really want someone to explain this music to me. I want to understand the meaning of the repetative themes and the importance of the dance. In the meantime I will keep watching the most outstanding video (below) and listen to the Mamma Sirena album

There is a moment during the Notte della Taranta 2018 when Alessandra Caiulo proves herself as more than just another singer. The song, Itela, has an entirely different arrangement, pace and rhythm to the version by Canzoniere Grecanico Salentino on the Pizzica Indiavolate album (2012). Watch the whole video, but around 2:45 Caiulo shifts up a notch not just in the key put the delivery.

I first came across Alessandra Caiulo watching a video of La Notte Della Taranta – I recommend the 2010 performance for Caiulo’s performance along with other women on this list, Alessia Tondo, and Enza Pagliara,
But there are so few recordings of Alessandra Caiulo it is a shame. The track on the Spotify playlist is Bella Italia, but on the Mixcloud mix is a song from the 2018 of La Notte Della Taranta.

There are two playlists for this posting – the Mixcloud version has this live performance. The Spotify version has a different song. But as an added bonus there is a Soundcloud track here as well.

There are not many recordings of this singer to be found – but you will find her in several Notte della Taranta along with other singers in this list. There are a couple of tracks on SoundCloud, three on Spotify and nothing on Facebook.
Seriously under rated and under recorded.

Just listen to the first 30 seconds of the song (on the Spotify playlist) En lo Alto del Cerro and you will be hooked, I hope.

Estrella de la Aurora Morente Carbonell is a Spanish flamenco singer. She was born on 14 August 1980 in Las Gabias, Granada in southern Spain. She is the daughter of flamenco singer Enrique Morente and dancer Aurora Carbonell.

She has performed with her father since age seven and recorded her first album in 2001, Mi Cante Y Un Poema (My Songs and A Poem). This was followed the same year by Calle del Aire, which was well received by critics and flamenco fans. She released her third album, Mujeres (Women) in 2006, which her father produced.

Ghalia Benali is a singer and artist of Tunisian origin, living in Belgium. Different cultures, East and West come together in her art work, as well as in her biography. Ghalia was born in Brussels; however, four years later, her parents decided to return home and she found herself in a small town of Zarzis in south of Tunisia, not far from the island of Djerba.

There, between the eternal blue colors of the sky and sea and the same eternal yellow sands of Sahara, the time stood still, and the tourists and radio were the only links to the world outside. There, in the provincial wilderness, adoring to sing and dance, little Ghalia had no other music teachers than her mother. Recitations of the Quran, Indian and Egyptian films, voices of Arab music stars Om Kalthoum and Adib al-Dayikh were the first impressions forming the taste of talented girl… Much later it has developed into a special mix of anything in multicultural Belgium where Ghalia went to study art. There she began to sing and perform professionally by the late 1990s.

Brina has fast become a favourite of mine. This performance from Glasbena Zadruga Celinka (YouTube Channel) is from 2013 at Ljubljana Castle.

Brina is a singer, songwriter, puppeteer and graphic designer, graduated with a Degree (2002) and Master degree (2008) at the Academy of Fine Arts and Design Ljubljana. She colaborates in dance and puppet shows Kinetikon KUD and TV children’s puppet series (Bisergora/Pearlmountain) on National TV, runs musical creative workshops for young children and teaches Singing at Dance Academy Ljubljana.

Of all of the women on this list, I think Maryam Saleh’s work is among the most original. The track on Spotify is from the truly outstanding album Lekhfa, Nefsif Akli  (الإخفاء: نفسي في عقل with Maurice Louca and Tamer Abu Ghazaleh. The video is a live version of the same song. Astonishing.

A major creative force and a powerful voice for her generation, Egyptian singer and songwriter Maryam Saleh composes and performances music that is personal, political and philosophical; intense, intelligent Egyptian music with Arabic language and influenza of Trip Hop and Psych Rock. In the past year few years, Maryam has played broadly across Egypt, the Arab World, and Europe, after releasing her debut album Mesh Baghanny (eka3 2012), after which she joined forced with Lebanese electro-pop pioneer Zeid Hamdan in releasing Halawella ( Mostakell 2015).

Since success collaborating with a number of bands and music projects, including the BarakA band, with which she blended rock music with Sheikh Imam’s songs, Maryam has forged a path as a solo artist, recording and performing her own projects and partnerships. Using her muscular, alluring vocals and charismatic stage presence, Maryam brings her inventive contemporary compositions to life. This charisma has been enriched by her participation in many acting roles as well, in Independent and main Egyptian Films and TV Series, including Ein Shams (2006), Akher Ayam El Madina, Bel Alwan El Tabe’eya (2008), Farah Layla Series (2013), among others.

Banna first achieved popularity in the early 1990s, after recording her own versions of traditional Palestinian children’s songs that were on the verge of being forgotten. Many such songs and rhymes sung by Palestinian families again today are said to be thanks to Banna’s work in preserving them via her recordings.

Rim Banna also composed her own songs and adds melody to Palestinian poetry. Her message was often focused on the suffering of Palestinians, particularly those West Bank. Her music is described as “haunting, emotional, at times bordering on kitsch.” She describes her music as a means of cultural self-assertion: “A part of our work consists of collecting traditional Palestinian texts without melodies. So that the texts do not get lost, we try to compose melodies for them that are modern, yet inspired by traditional Palestinian music.”

In this way, Banna did more than mimic the traditional techniques and representations of the pieces she interprets. She blends them with modern singing styles because,

Oriental singing techniques are mostly ornamental… But my voice is more two-dimensional, thicker. I try to write songs that fit my voice. I want to create something new in every respect. And that includes bringing people elsewhere closer to the music and soul of the Palestinians.

“This virtuoso group from the mountains of southern Albania has deserved celebrity backing. Their debut album was co-produced by Joe Boyd …”

Boyd also produced another great woman singer, Sandy Denny, who you will have heard. (No? Start your exploration here.)

Saz’iso’s  music from Albania is strange and compelling. There are two singers,  Adrianna Thanou and Donika Pecallari.

There is more in this article in The Guardian.