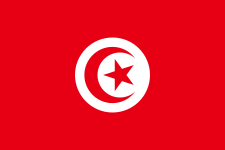 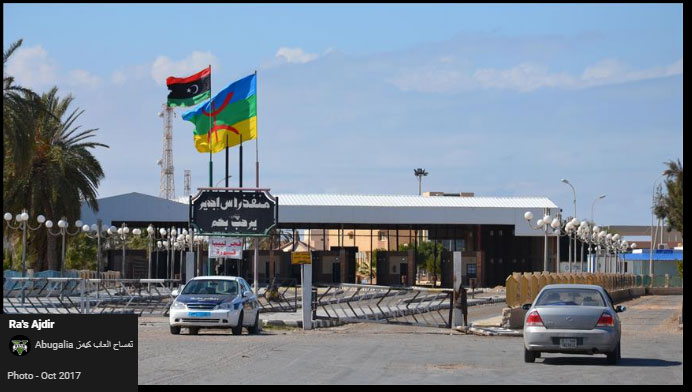 This is my fantasy journey around the Mediterranean Sea in search of music. All the time I have been asking “Who is the Horslips of this country?” The question stopped making sense quite some time ago. But I’m holding on to it in spirit. “Who makes modern music based on your country or regions traditions?” That is the proper question.

Tunisia – you are outstanding.

Getting there (on Google Maps and Spotify)

Before I got to Tunisia on the map, the playlist was almost complete. I had come across the tracks during the journey. Up to this point I had found a lot of songs through “Fan Also Like”.

Unexpected – very unexpected. The playlist has more electronic and dance music than I anticipated, but within the “rules” of the game, traditional sounding themes are worked into dramatic rythmic patters. Utterly transfixing. This is something of a theme running through the little bit of north Africia I have travelled.

The playlist is longer than this list – I’m just highlighting a few.

Part of this experiment has been to find how music of one region of the Med influences another. The work of this first artist is exactly what I mean. From Wikipedia.

“Of Tunisian origin, M’Barka has lived and worked in Italy for several years , where he recorded his first solo album, Alto Calore , in 2005 .

Mostly the author of pieces of ethnic music , she has sung several Neapolitan songs in Arabic , among which Indifferently , Nun te scurda ‘ , Luna Rossa . The artist has lived for a long time in Naples , where he collaborated with Eugenio Bennato , Tony Esposito , Pietra Montecorvino , Nava , Lino Cannavacciuolo , Gigi De Rienzo , Gigi Finizio.

The intent of the artist is to enhance the deep connection between the two Mediterranean musical cultures, the Tunisian and the Neapolitan, combining them with neo-melodic sounds. This intention has resulted in the project Fusi between two worlds [2] , in which the classical songs of the Neapolitan song are arranged with North African sounds (through instruments such as the qanun , the oud , the darbuka that are accompanied by bass , drums , on the accordion) and re-encoded in Arabic.”

This musician leads the electronic/dance charge. His album Meghreb United exemplifies what I wrote earlier in this journey (Libya? Egypt? I can’t remember). I said something along thie lines of; Political borders are one thing, but the nomadic peoples of the Meghreb know borders older than those carved out by the empire builders of Europe. This music is challenging. From The Guardian

Ammar 808 is the name currently used by Sofyann Ben Youssef, the band’s Tunisian leader, producer and arranger, responsible for the electronics on the album, and it was inspired by his love of that vintage drum machine, the TR-808. Until now, Youssef has been best known for providing the bass rhythms for the rousing Tunisian folk-rock band Bargou 08, who matched electronica against traditional acoustic instruments. Now he has applied the same technique to music from right across the Maghreb, with even more impressive results.

Traditional music next and the woman regarded as a guardian on Tunisian music. From Wikipedia.

She sang several songs like Ya friend echiffour (Hey my uncle the driver) and Ya karhebt Kamel (Hey Kamel car), but it’s [her] song Achchibani wassa (Passes the old man) in 1999 which dedicates [her] reputation 1 . [Her] last title, Trabek ghali ya touness,dates from 2011 2 .

[She] is too happy to marry the new forms, as [she] did with the funk, the Egyptian chaabi or the Bollywood music while plunging [here] roots so deep into the Oranian earth’s crust, fertilized by the Bedouins who traffic sound from Ethiopia to Mali, by the refugees of Al-Andalus whose schools of Nouba still radiate, the poetry of the chioukh, the phaser of gasbas.

Emel Mathlouthi (Arabic: آمال المثلوثي‎) (born January 11, 1982) is a Tunisian singer-songwriter best known for her protest songs “Ya Tounes Ya Meskina” (“Poor Tunisia”) and “Kelmti Horra” (“My Word is Free”), which became anthems for the Tunisian revolution. Her first studio album, also titled Kelmti Horra, was released worldwide by Harmonia Mundi in 2012 to critical acclaim.

In 2015 she performed at the Nobel Peace Prize Ceremony. From Wikipedia

More very challenging – but ultimately rewarding music from Ifriqiyya Électrique. From The Guardian

The Banga ceremony is held in desert towns of southern Tunisia by the descendants of slaves from sub-Saharan Africa. As with Gnawa rituals in Morocco, participants often fall into a trance thanks to the insistent chanting and percussion from krakebs (metal castanets), and are said to become possessed by spirits.

Here the music has been fused with electric guitar, bass and computer effects courtesy of François Cambuzat and Gianna Greco of Putan Club, who have studied and filmed the ceremonies. The resulting set mixes field recordings with chugging bass riffs and brooding guitar or electronica, and creates hypnotic, exhilarating and, at times, downright spooky sounds. On stage, the duo are joined by four Banga musicians and make extensive use of their film archive.

While there are other musicians on the list, both modern and traditional, who you should explore, This is not what I was expecting to hear – you too probably. From Wikipedia

“Marcel Dadi (20 August 1951 – 17 July 1996) was a Tunisian-born Jewish French guitarist known for his finger-picking style which faithfully recreated the instrumental styles of American guitarists such as Chet Atkins, Merle Travis and Jerry Reed. He became a personal friend of country star Chet Atkins.”

The YouTube video will follow as will a complete tidy of the project, but with only two countries to go, I’m keen to get back on the imaginary coast road (which in reality appears to go through a mountain range).