One from the Archive 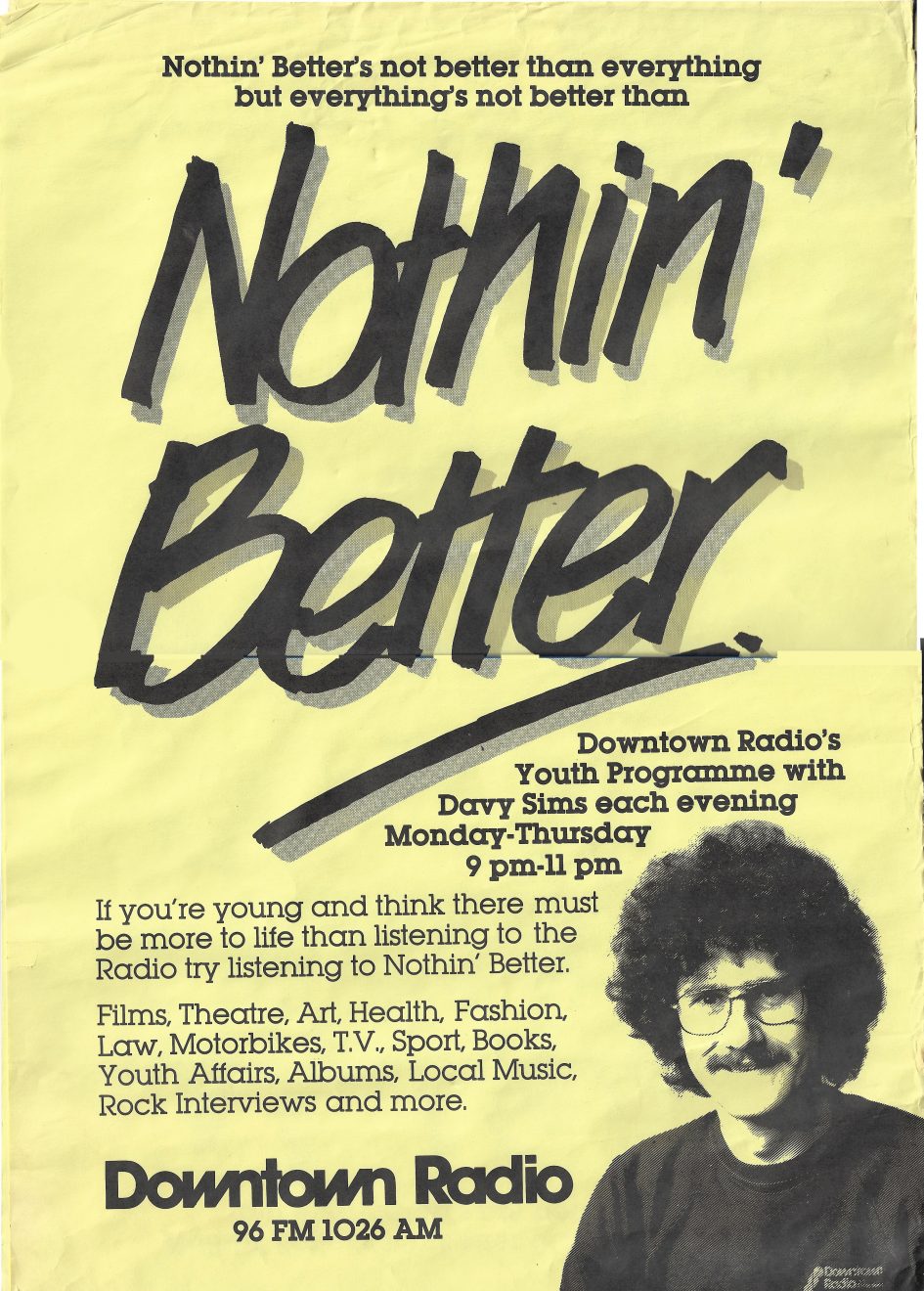 Recently a group on Facebook was started “Friends of Downtown Radio 1976 – 2019“. Many of the people I used to work with have been posting memories and photos. Downtown is where I started in 1979. The 40th anniversary is in November.

When I moved to BBC in 1986 I started The Bottom Line with a similar format. That became Across the Line and 30+ years later is still going strong. I’ll post more if I find it.

The show started many new talents particularly bands who got their first session there. But there were others, too like Barry McIlheney then a young journo trying to cut it in the music biz in London.