This week I’ve been listening to … 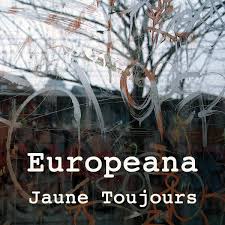 This week I’ve been listening to:

If Americana is typified by guitar, bass, drumkit, and banjo, and 4/4/ and 3/4 time, Europeana is represented by brass, accordion, and frame drum. June Toujours from Belgium create a challenging soundscape that has time signatures owing more to Béla Bartók and Dmitri Shostakovich than the Grand Ole Opry (and banjos are optional).

Tracks include 520. 660, 744, 713 (you get the drift – and you can just hear the crowd chanting for them). Brilliant album by the Russian Andrey Lysikov (Dolphin). Eclectic – basically rock with unexpected electronic twists.

Theri new album Indestructible will be on this list soon, I hope.

Rokia Traoré is a Malian singer who has made six albums. This from 2016 is a beautifully made album, but not early in the morning dog walking music. I did listen to it a few weeks ago and enjoyed it. But not before noon on a bright shiny August day. Best kept for dark evenings and late nights.

Nope – too poppy and predictable – abandoned after one and a half tracks. Uruguay band 2012 album.