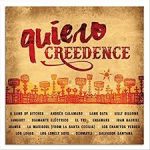 I came across a curious compilation Quiero Creedence (I want Creedence), a compilation of Creedence Clearwater Revival covers mostly in Spanish (some in  the original English, some mixed). It is billed as a document of Spain and Latin America’s obsession with twangy rock. A very satisfying listen 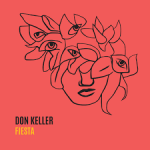 Don Keller is a rare channeler of the rhythmic, tropical sounds of soukous and Congolese rumba music. The Seattle-based guitarist and composer first learned soukous music in his 20s without prior experience with African music. He’s been playing for more than a decade. Fantastic. Uplifting. 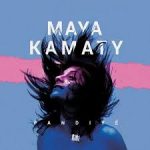 “Maya Kamaty, the daughter of Gilbert Pounia, traces her own musical path: a garden of tales with pop and trip-hop accents, which blooms on Maloya roots (Reunion). For the release of Pandiyé , her second album, she returns to her itineraries.” More 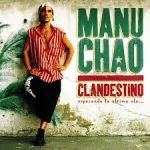 Rolling Stone: “It’s been over 20 years since the French-Spanish luminary, Manu Chao, first released his multilingual, landmark debut, Clandestino. A prescient meditation on the neither-here-nor-there, limbo state of “clandestinos” — the Spanish equivalent of a derogatory term for undocumented migrants — Clandestino saw Chao traverse a multitude of languages and genres through field recordings sourced from various parts of the world. On Friday, Chao bounces back from a long hiatus with “Bloody Bloody Border,” one of three new songs on an upcoming reissue of his debut, titled Clandestino/Bloody Border, slated for release August 30th via Because Music.”