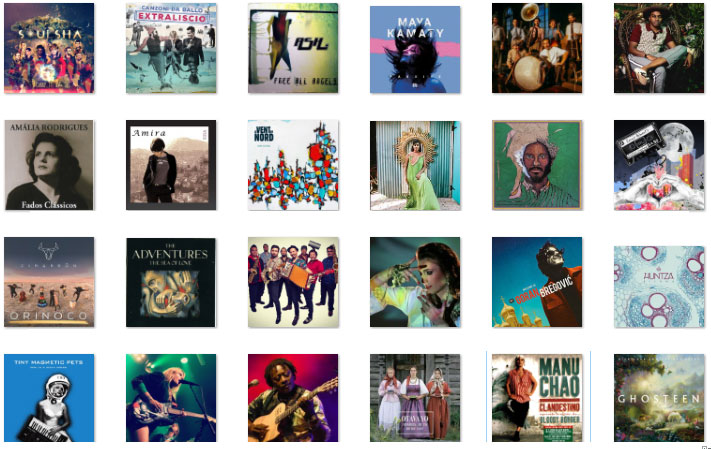 American, Canadian, Sengalese even an English/Finnish family, Soulsha from Boston playing Scottish West African and Funk. Fist album released in May now on tour in US and Canada

From Romagnain in north of Italy around Bologna – The band themselves – I’ve read articles and their own bios on Facebook but can make neither head nor tail of it all. All I can say with confidence is they have a lot oc music behind them and they are all knocking on a bit –  speaking as someone who is also knocking on a bit. Album Punk de Balera

There’s a lot of their music on Soundcloud

Downpatrick’s own …”Shining Light” is a song by Ash, which was released as the first single from their album Free All Angels. It was released on 29 January 2001.

La Santa Cecilia is a Mexican-American band based in Los Angeles, California with the California Feet Warmers A New Orleans music band also from LA.

Ahmed Gallab, a.k.a. Sinkane, was born in London. His parents are Sudanese and they raised him in Ohio. The now-NYC resident.

Amira Medunjanin second album when she was known as Amira from 2005 – Sevdalinka from Sarajevo.

Combo Ginebra is a Chilean musical ensemble of the New Chilean Cumbia style. The band emerged in 2004 as a traditional gypsy music duo

“Ederlezi” is a popular traditional folk song of the Romani minority in the Balkans. The song got its name from Ederlezi, which is a Spring festival, … brought into the general audience by Goran Bregovic

DIA is an artist who mixes electronic music with Bulgarian folklore.  https://www.facebook.com/pg/DiaBulgaria/about/?ref=page_internal

Playing in Tramline Dublin 12 October then onto European domination with Midge Ure  playing UK Germany Denmark Netherlands on the Vienna tour, also playing with OMD in Belfast and Germany in later October and November

Malian guitarist Habib Koité is one of Africa’s most popular and recognized musicians.