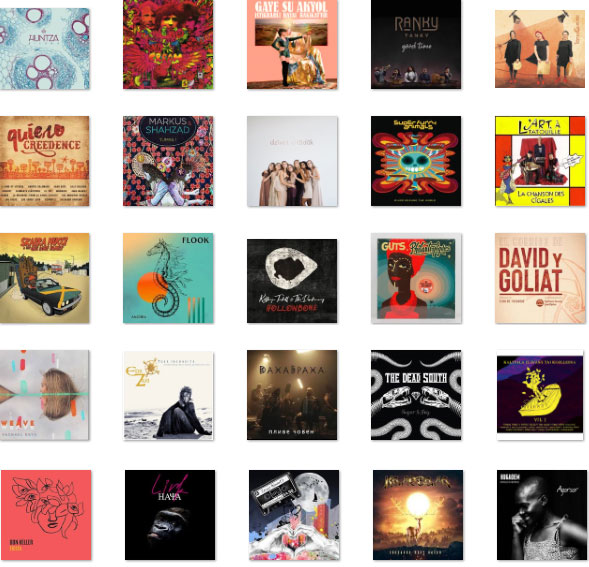 Huntza are a Basque folk rock band from Bilbao, formed in 2014 have released 2 albums. That track Deabruak (a) gara. That’s from their second album released last year Xilema. But more recently they teamed up with another band from Basque country roba Estesa for a single I played last week. Just follow links and you can find great music.

Tour: OCT 11 and 18 Spain near Barcelona then in Galicia. The Mannheim in Germany on 20

1 NOV  The Sugar Club The Sugar Club then late November the Jazz Cafe London and Hackney Arts centre before returning to Dunbin 1 December at Workman’s Club.

About to start a 4 night residency in New York’s Blue Note Jazz Club then more gigs in the States for the rest of the year and well into next year.  https://www.rankytanky.com/

Using Galician traditions the three piece from Santiago de Compostella play mainly in Spain – and mainly in Galicia. Only trio beyond was two appearances in Glasgow at the beginning of this year. The deserve to be seen more widely.

I came across a curious compilation Quiero Creedence (I want credence) A compilation of Creedednce Clearwater Revival covers mostly in Spanish. It is billed as a document of Spain and Latin America’s  obsession with twangy rock.

Released in 2016 Billy Gibbons of ZZ Top and Marisol “La Marisoul” Hernandez the lead singer in the mexican-american band “La Santa Cecilia”. And they released a new single last month, and that my friends, is for next week.

They met online in 2013, Markus in Paris and Shahzad in Lahore Pakistan. The collaborated online until Shahzad got to Paris. They have been recording ever since and this summer played a bunch of European festivals.

https://en.wikipedia.org/wiki/Aminata_Savadogo (To live Differently) The 6 piece Tautumeitas and solo Aminata have separate careers.

2001 – I’ve been playing Africa Express on the show and one of the contributors is Gruff Rhys of Super Furry Animals – so I thought it about time to dig out a track from them.

http://www.skarramucci.com/ From Jamaica The Dancehall President Skarra Mucci meets Moana and the Tribe from New Zealand on the album The One Love released earlier this year.

and shortlisted for Best Folk Group in Ireland’s RTÉ Radio 1 Folk Awards 2019 And that is after going their own ways for 14 years. They formed 20 years ago, broke up 6 years later and released Ancora a few months ago.

They are just starting a major tour of Germany and Austria before heading off to Prague , Moscow and St. Petersburg.

Interesting piece about the SOuthern Poverty Law Centre and this song

Grammy nominated, New York City’s first all women mariachi. Indestructible is the album – although I prefer their previous one The Lindas. Guests on this album include John Legend Alex Cuba, and R&B singer Miguel.

The Dead South is a Canadian folk-bluegrass musical ensemble based in Regina, Saskatchewan Been around in one form or another since 2012 Sugar and Joy their 4th album out later this month.