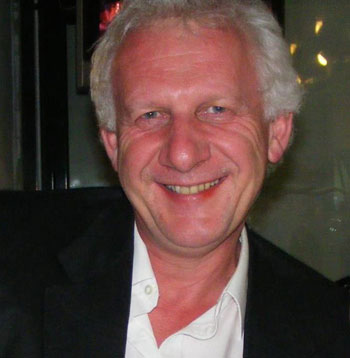 Share
This edition of the Podcasting for is all about recording audio.
Before we start, this is an update on 28 October 2019 (the last update was 20 September 2016).
A few weeks ago What Pods published a database of podcasting microphones. Tom Slack wrote:

After many weeks of collecting the data, we’ve finally compiled our database of the 20 most popular microphones for podcasters. In the end, we had 1,372 podcasters contribute across 84 manufacturers and 257 individual models of microphone.

You can access the database of the top 20 here.
Meanwhile while you are choosing your microphone, Willis McBrier talks about how to use it.
Willis McBrier lectures in Creative Media at Belfast Metropolitan College. His career began over 30 years ago at the BBC where he worked as a broadcast and communications engineer. More recently he has been a trainer working with non technical people  such as journalists as a trainer.
There are two versions of this edition of Podcasting For. The shorter version – the podcast edition – runs about 30 minutes.

The other has about 10 minutes more interview.  You can hear it here.
Our conversation falls into two parts. First it’s about sound itself, ambience, record levels, psychoacoustics. In the second, we talk microphones and there are some examples of what a podcaster might use.
Sound, the recording of sound, the creation of sound, the celebration of sound and music runs in Willis’s family.  Both his daughter and son have their own music projects: Sarah runs an Audio Visual Arts  festival of electronic music and Matt is a music entrepreneur – his project is called Feel My Bicep.

We began  talking about levels. When I was a young dj working in a self-operated studio, the engineers would shout at me to watch my levels. The phrase “Watch your levels” is seared on my memory.
If you are going to record something, you are going to first, set your levels. What is this obsession with levels? As a demonstration,  during Willis’s answer, I turned the record volume level down so far, the recorded stopped picking up any sound. It effectively switched off. That sort of spoilt my next point which was that while it is bad to under modulate, – have the recording level too low, it is worse to record too high – to over modulate.
Watching your levels is basic to recording if you are doing an interview. Just as important, is getting the levels right when you’re making the show itself. If there are several recordings to include in the show, keeping the level consistent all the way through is vital. Otherwise the listener might be forced to turn the volume up and down … which is a bit of a pain. Or they might just skip listening all together.
Remember, yours is just one podcast the listener has in their pocket. So your level needs to be fairly consistent with other podcasts too. Experiment, test, try, and retry.
One additional tip. Music, if you use it, will probably be compressed so looking at levels is not enough. Ears were invented before meters.  You should listen and think hard about how all the recordings are working together.
In the ebook Podcasting for Communities, I go into some depth about recording sound;
And more along those lines.  You can get the book on Kindle at Amazon.

We need to choose our microphones carefully. In the interview Willis and I discuss several that he brought along.
There are many, many different types of microphone, some work better in a studio, some work better out side. Some are better for voice than instruments. 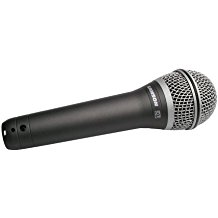 If ou want to know what I use, I have chosen the Samson SAQ7 Supercardioid Dynamic Microphone if I want to point directly at someone or setting up a “round table” discussion. It looks like the classic Shure 58. I am on a budget, I would love to be able to affors one of microphones below, but this £35 wonder is fantastic value for money and the sound is good enough for a podcast. Maybe not good enough for a radio studio, though.
Keep in mind when you are choosing a microphone: Dynamic or Condenser?
Dynamic microphones are generally held to be more robust than a dynamic microphone. That is something of a generalisation, but it broadly holds true. The work horse of voice microphones is the Shure SM58. It’s the rock ‘n roll singer’s favourite. But if you are looking to do some subtle musical recording it is probably not for you. It is a robust dynamic that will probably set you back between about £70 and £100. If you are kind to it, it will last forever.

Condenser microphones are the alternative. They are said to be less robust and more subtle, but in all honesty, unless you are going to abuse the microphone and kick it about, both condenser and dynamic microphones are robust enough. What you are looking for is a good sound that can be used in variable conditions (outside as well as inside) and pick up the sound you want, not too much of the sound around you. 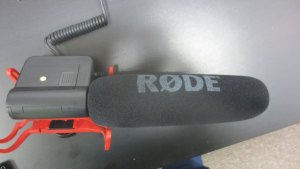 You are probably going to look for and ask for a uni-directional microphone which will pick up the sound you are aiming the mic at – someone’s voice – and not too much additional surrounding sound.

Willis had several suggestions, but two Rode  microphones came up in conversation that he uses for video making. Rode Video Mic and Rode Video Mic Pro 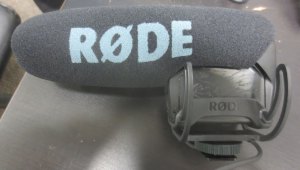 There are other Rode microphones which might be more useful and are well reviewed and often used by podcast producers.
You can see all of them and more at the Rode website. 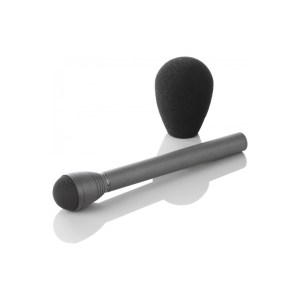 I’m very impressed with the sound on The Media Podcast which is recorded in a busy club and the presenter – usually Olly Mann – and guests each hold a microphone for some very close work. I asked the producer Peter Price “We use Beyer M58s .” Have a listen to the podcast to get an idea of how they sound. 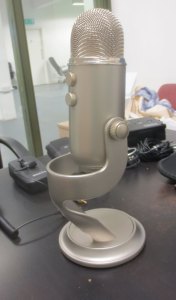 Other microphones we discussed were:

Blue’s Yeti : Blue make a range of microphones which really suit podcast recording especially if you want to connect directly into your PC using USB – so digitally connecting, rather than a jack plug analogue connection. There are more to see at their website 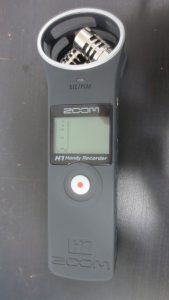 If you want a handy and inexpensive recorder with built in stereo mics I use the Zoom H1 when training new journalists in Dublin. Willis uses the same in Belfast. Also worth noting are the Zoom H4 and the Tascam DR-05 and Tascam DR-40

I have used a Edirol R09-HR by Roland for about 8 years. It is bashed about a bit and the model is no longer made. I have found it completely reliable. Recently I bought a Edirol R-05 which is much less robust and frankly a disappointment. Next time something like a Tascam with XLR connections.

You might want to consider a clip on mic; a Lavalier. Rode do that, too with a wifi connection. Rode Filmmaker Kit. 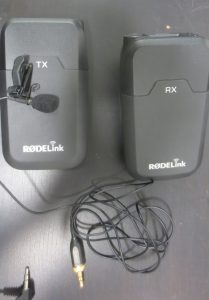 And finally smartphones … and more often than not, iPhones.

We walk around these days with enough computing and communications power in our bags to go live on radio or TV with high quality pictures and sound. Honestly – we take it for granted, but it is truly amazing.
And I, like everyone one who has a tablet or a smartphone, love the technology. But one of my bug bears is about using a smartphone to record audio … Can it be done? Yes of course it can be done. Should it be done? Well …. if you have to.
Here’s my thing. You can’t monitor a smartphone through headphones while you are recording. But, as it turns out, there are ways.
Buy an adaptor – really cheap – so that you can plug in both headphones and a microphone and use the phone as a recorder.
If you have suggestions or want to share experiences, please feel free to leave comments.
Willis and I met in Belfast’s Oh Yeah Centre, a place that also celebrates sound in particular the history of music in Northern Ireland. And it nurtures new music in Belfast and beyond.

Books to accompany these podcasts

Search on your Amazon store

The book is for young, trainee, or student journalists not specialising in broadcast media. It is an introduction to “making content”, podcasting and broadcasting whether you want to understand production on a professional level or simply because you want to create podcasts for fun or add something useful to your CV.

It is a result of experience teaching radio production to journalism BA students in Dublin. Most, but not all these pages are the module and support notes. The book is part of the “Podcasting For …” project which includes podcasts and the podcastingfor.com blog. 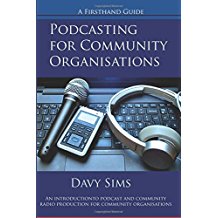 The first edition of “Podcasting for Communities” was published in September 2016. It forms the basis for this book but the name change is to make it clear that the expected audience and readership will be from community organisations. The “Podcasting For …” project includes the podcastingfor.com blog and podcast interviews with experienced radio and podcast professionals. Additional information related to this and other books in the “Podcasting For …” series is added regularly to the blog. You are encouraged to visit it and engage with the author and other readers. The book is mainly about producing audio content. It is also relevant to people producing programmes on local or community radio stations. Even if you are an individual who wants to learn and produce a solo podcast, or a couple or three friends who want to record a weekly discussion, the information here will be relevant and I hope useful to you. The emphasis is on producing audio podcasts – or as we usually call it … radio. If you are new to the concept of podcasts, or already have some radio production experience then this book is for you.

music used in the podcast is  Cloudline from the Blue Dot Sessions’ Album K4. Find it on the Free Music Archive.  Cloud Line by Blue Dot Sessions is licensed under a Attribution-NonCommercial License.

You can listen to the track in full here