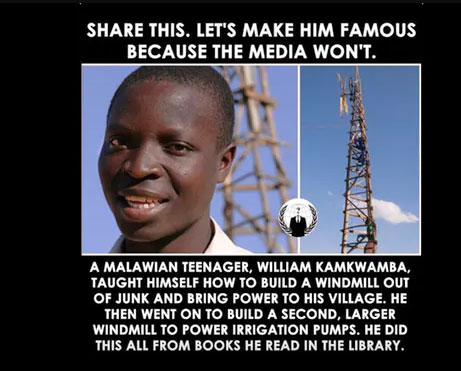 I see this nonsense meme is making the rounds again. Two friends have shared it in the last couple of days on Facebook.

Before you click on the link that normally accompanies it, or share it read this first: https://blogs.spectator.co.uk/…/scheming-ratbags-spread-li…/

Three years ago (November 2016) I used this meme in a lecture at Ljubljana University about how social media is used to mislead. Now I see it again, I wonder why it is resurfacing. We are heading toward election time in the UK and in USA. We know more now about how social media was used to target users. I wonder if there is a relationship between this meme and future targeting of potential electorate. If you click on the link normally connecting with the image, does that alert the algorithms that you are more susceptible to believing what you see online because a friend has shared it? Does that leave you open to more content messages or advertising intended to mislead you, to change your behaviour, to influence you? It’s only speculation.

All I know for certain is the meme is rubbish and that William Kamkwamba is an admirable and inspirational individual who has been featured (and continues to be featured) on mainstream media.

As Francis Wheen says “Kamkwamba is indeed an inspiring young man; he deserves better than to be kidnapped by a mendacious meme.”