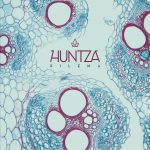 Folk rock from Bilbao. “Huntza is a music band that was created in 2014 in the streets of Bilbo. It is formed by five youngsters who met at university atmosphere and their goal is to open up their music to the whole Basque Country.” 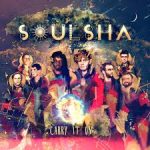 “Soulsha is a party, a revolution, and an adventure through different traditions. It brings together some of Boston’s top musicians in Scottish, West African, and Funk music to create a sound you won’t find anywhere else on the planet.”