Around the World 1 November 2019 – playlist and show notes 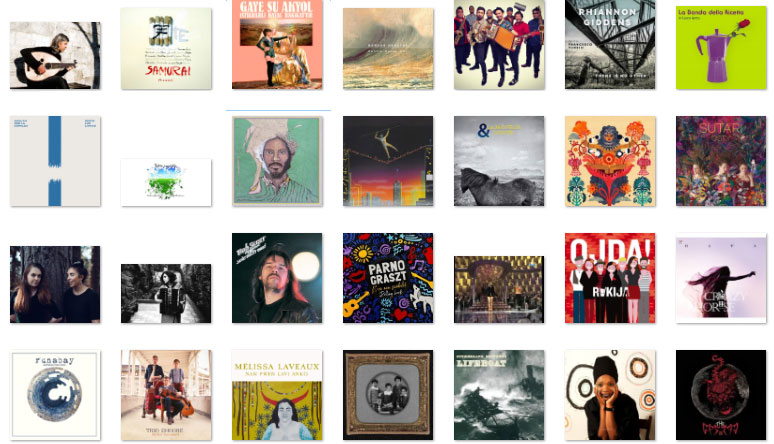 This is the running order for my show on Slice Audio Friday 1 November. 8:00 pm GMT repeated 03:00 Saturday morning.

Mongolian throat singing metal band The Hu https://www.thehuofficial.com/ released Yuve Yuve Yu as a single at the beginning of the summer. This new version with Pennsylvania metal band From Ashes to New https://www.fromashestonew.com/

From Zimbabwe via Norwich in East Anglia England.

“Members of the Beirut-based band Mashrou’ Leila, fronted by lead singer Hamed Sinno, have been edging the status quo for quite some time now. Their self-titled debut, released in 2010 …” https://www.papermag.com/mashrou-leila-2640884439.html

Lebanese band Mashrou’ Leila have been performing and campaigning for 10 years. If you’ve not heard them before this compilation The Beirut School is an excellent way to learn about their music. And that music is pretty diverse.

Trio Dhoore, band of musical brothers from Flanders in Belgium, will be touring England and Wales in November. This a new single from their forthcoming album

Shortlisted for the Northern Ireland Music Prize – happening next Thursday evening and I’ll be reporting back from that next week on the show.

https://en.wikipedia.org/wiki/Daichin_Tana = Daichin Tana is an ethnic Mongol singer-songwriter from Qinghai, China. She is the lead singer of the band HAYA.

There is an interesting article in Balkan Insight about “The Songbird of Albania”.

She’s from a town called Struga now in Northern Macedonia, but her career began in Albania and studied in Pristina in Kosovo

In recent years has returned to live in Kosovo where practicing journalist at Radio Television of Kosovo in the Department of Culture. But she dreams of a musical comeback.

Parno Graszt is a Roma music ensemble from Paszab, Hungary founded in 1987

Youssra El Hawary is an accordionist, composer, songwriter, singer and actress from Cairo, Egypt. She has been composing her own songs, a satirical mix of social and political commentary, since 2010.

“The Speed Sisters are the first all-woman race car driving team in the Middle East. Grabbing headlines and turning heads at improvised tracks across the West Bank, these five women have sped their way into the heart of the gritty, male-dominated Palestinian street car-racing scene.”

“Checkpoints set up by the Israeli military and social expectations don’t stop members of the Middle East’s first all-women racing team as they speed between the cities of the West Bank in high-octane car races.”

Félix Lajkó is a Hungarian violinist, zither player and composer. He plays a variety of musical styles: folk music(traditional string music of the Pannonian plain

Often played on the show – from Uruguay

“… a new original project by Clara Graziano “La Banda della Ricetta” in which good food is sung in a captivating and fun repertoire with new arrangements where there is no lack of influences of different musical languages.” http://www.finisterre.it/artista-label/la-banda-della-ricetta/

Mehmet Polat is a young master of ud and composer. He is from Turkey and living in Amsterdam.