Around the World 15 November 2019 – playlist and show notes 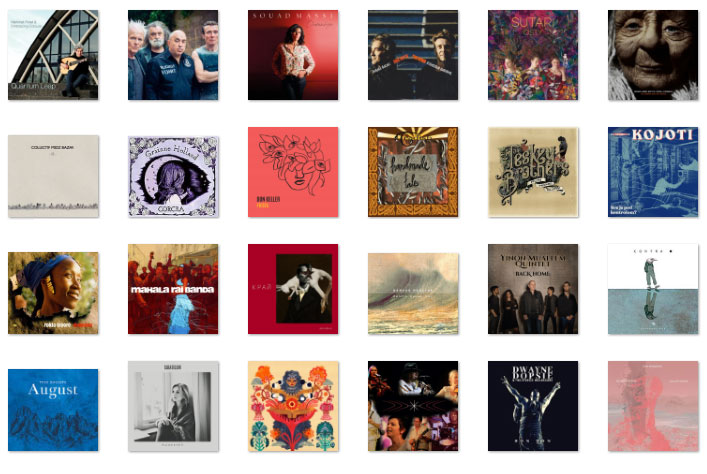 The planned playlist and show notes for Around the World on Slice Audio.

And here’s part 2 from MixCloud

Fino Oyonarte (Almería , 1964 ) is a Spanish musician , bassist of Los Enemigos and leader of the Clovis and Los Eterno groups. He was also part of Glutamate Ye-Yé .

Dwayne Rubin, better known by his stage name Dwayne Dopsie, is an American Zydeco musician. He is the accordionist and vocalist for his New Orleans, Louisiana – based band, Dwayne Dopsie and the Zydeco Hellraisers 2018 Grammy award nominee and “America’s Hottest Accordion” winner, Dwayne Dopsie  plays a high energy zydeco that keeps you wanting more . https://dwaynedopsie.com/biography

They have been playing Latvian folk music around the world for the last 20 years. For the last 7 or 8 years the band has bee built around one family “Uškānu ģimenes ansamblis” (“Uškāns Family Band”):

Starting a Christmas tour in a few weeks around England http://www.caradillon.co.uk/news/christmas-tour-2019

folk music from Flanders from 3 brothers. Band playing Estonia and Finland this month having just finished a UK tour.

“Desposorio is the single that has just presented the Tanxugueiras, a preview of his new work Contrapunto, which will be released on November 22. Following the trail of their first work, the performers continue with the reinterpretation and updating of oral tradition music.”

“Yinon Muallem has been influenced by a wide variety of traditional Turkish, Sufi, Gypsy and Klezmer, Balkan and Indian music” https://yinonmuallemquintet.bandcamp.com/

Mahala Rai Banda is a gypsy band based in Bucharest (Romania)

The 11-piece brass band’s blend of hard Balkan brass with minor key violin & accordion melodies has made them as a force to be reckoned with. Having taken shape on the mean streets of Bucharest, Mahala Rai Banda’s sound is 21st Century Gypsy music

“Dolphin’s song “J2000.0” became the first single from the album “Edge”. The same name bears the unisex jewelry collections released by Dolphin together with Avgvst. Thus, the clip for the song is a kind of advertising jewelry products.”

Her last album Né So (Nonesuch) 2016 this track from Mouneïssa is the 1998, first international CD release from Malian singer/songwriter Rokia Traoré.

Coyotes – Evolution Goes Wrong = Everything is under control

In the late 90s recorded 3 albums then broke up just as guitar based bands were becoming popular again. I saw them durning the summer in Sarajevo – sounded and looked a lot younger than a band who have been going for 20 odd years.

The Teskey Brothers are an ARIA Award winning blues rock band from Melbourne, Australia, named after the two brothers who formed the group in 2008: Josh Teskey and Sam Teske

Collectif Medz Bazar, formed in Paris in 2012, is an urban diaspora band comprised of musicians belonging to Armenian, Turkish, French and American cultures. Drawing from their own and from neighboring traditions, the members of the collective create original arrangements of folk music as well as compositions of their own.

Medz Bazar performs regularly in Europe, in the Middle-East, and in North America. Their third album “O” will debut this fall as they venture out on yet another successful world tour, making appearances in the US, Portugal, France, Poland, Armenia, Turkey, Georgia, the Netherlands, the UK, Belgium, Switzerland and Germany.

Hannah James & The JigDoll Ensemble  Dayspring            The Woman and Her Words

Three young women singers from Poland – you can explore the album on Bandcamp – lins /..

Branko Galoic was born in Zagreb, adopted by Amsterdam, applauded in Berlin, and welcomed in Paris, which became his home just a few months ago. http://branko-galoic.com/bio/

6th album after a break of about 4 years. Algerian living in Paris