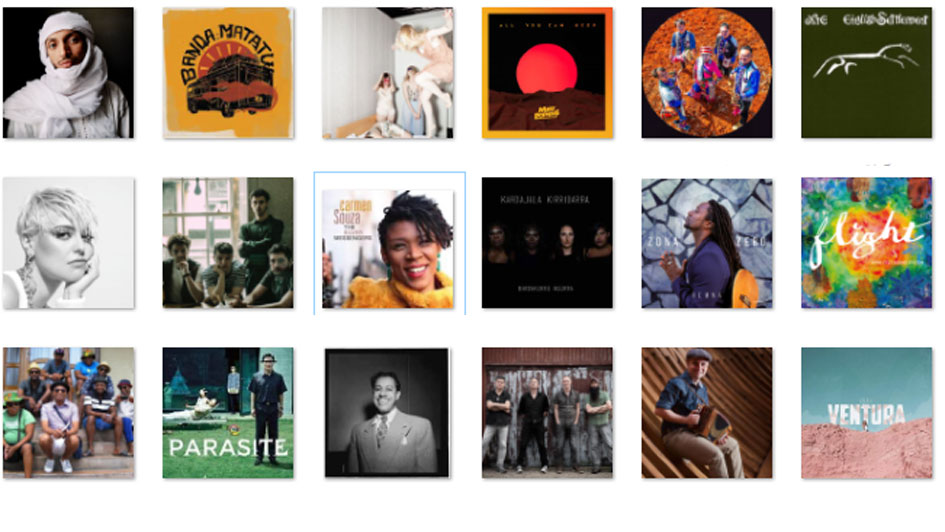 Number 1 album in the Transglobal music chart “LAKOU MIZIK IS A POWERHOUSE COLLECTIVE OF HAITIAN MUSICIANS UNITED IN A MISSION TO USE THE HEALING SPIRIT OF MUSIC TO COMMUNICATE A MESSAGE OF PRIDE, STRENGTH, AND HOPE FOR THEIR COUNTRY.”

“Yves Lambert and his trio carry the flag for contemporary Quebecois folk. Lambert himself has been active for something in the region of forty years, both as a solo artist and a member of La Bottine Souriante, and is considered something of a cultural phenomenon in his homeland.” https://www.folkradio.co.uk/2018/10/yves-lambert-trio-tentation/

Choi Woo-shik (born March 26, 1990) is a Korean-Canadian actor. He first gained widespread recognition for his role in the film Set Me Free (2014). He then went on to co-star in the films Train to Busan (2016) and Parasite (2019), both of which received international critical acclaim and success. https://en.wikipedia.org/wiki/Choi_Woo-shik

Opening all over the place this weekend

This album is the one I have enjoyed most in the year I have been doing the show. So three tracks – or if you prefer one long track with three movements.

Romano Drom   But Te Trajisz     Give Me Wine

“REMNA is an African treasure. Born in Senegal Remna Schwarz has lived in countries like Congo, Mali, Senegal, Guiné, Cabo Verde França, Cuba or even the EUA, Remna performed in South by Southwest Festival in Texas USA, receiving great reviews with the likes of Wobean Music naming his music of “Great Pan African Music”.”