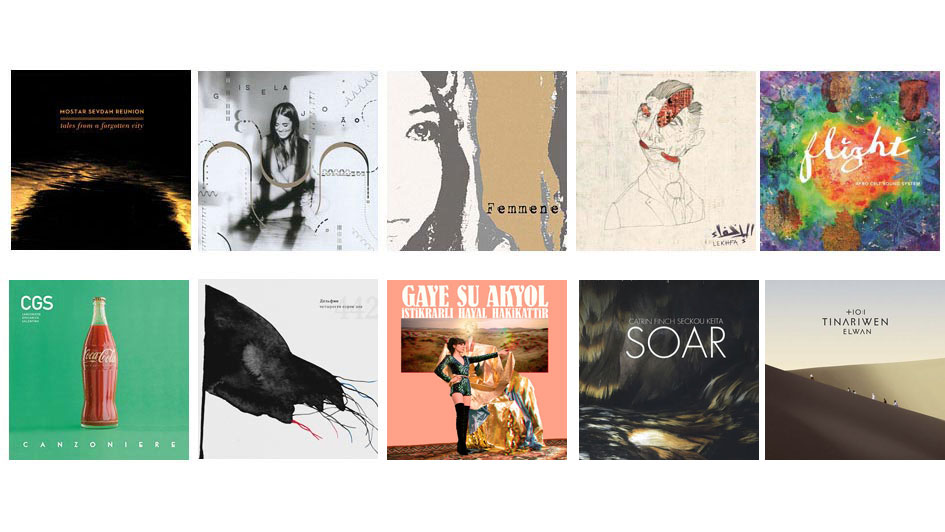 When Charlotte Dryden nominated me for the album challenge, I was going to demur on the grounds that I had already posted my 10. But like everyone who needed room for a longer list I wondered how can I answer the question differently? Answer – change the question from “10 albums that have influenced my musical taste” to “10 albums that influence my musical taste”. The first list was chronological. This list is contemporary.

The first – but these are in no particular order – is the beautiful Tales from a Forgotten City by Mostar Sevdah Reunion. I’m still not sure how I first heard MSR. I think it was when I was living in Slovenia and the Čudna jada od Mostara grada (LIVE in Warsaw) appeared as a recommendation on YouTube. This opened a whole new world of music for me. It was one of the events that brought me back to music. The live album is improtant to me but Tales from a Forgotten City is almost perfect. 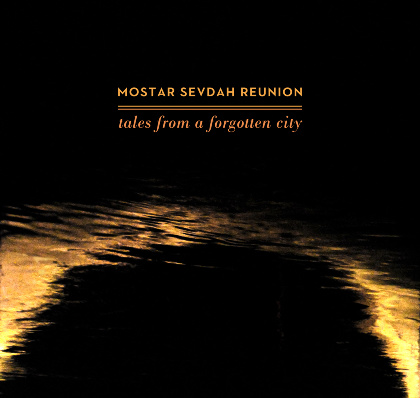 The other event that brought me back to music (I’ll explain what I mean by that later) was the Okarina Festival 2016.

I thought I was meeting Leo Ličof for the first time when I went to interview him for a blog piece. He was to change my interest in music throught the festival he had been organising for 25 years. It took a while, but a few weeks after the interview I realised I had met him 16 or 17 years before on my first visit to Bled.

One of the acts was Gisela João – a young Portugese fado singer. I had never heard of Fado. Her performance was engaging and memorable – oddly I didn’t review it. I was a little unsettled. This – by all definations of music I had liked in the past – was not the sort of music I expected to like. Over-emotional, sad, slow … Not my thing.

Gisela João is not a grande dame of Portuguese fado music, but I was so impressed by a performance at the Okarina Festival 2015 that I went exploring. She introduced me to modern fado which is now beginning to attract a wider audience away from the Iberian penunsula. In the last year a track from Nua has been remixed by a musician, producer, remixer, DJ Xinobi. Lina_Raül Refree are making waves. Fado may well be the new chillout. But it was that performance and this album which continues to influence my taste. 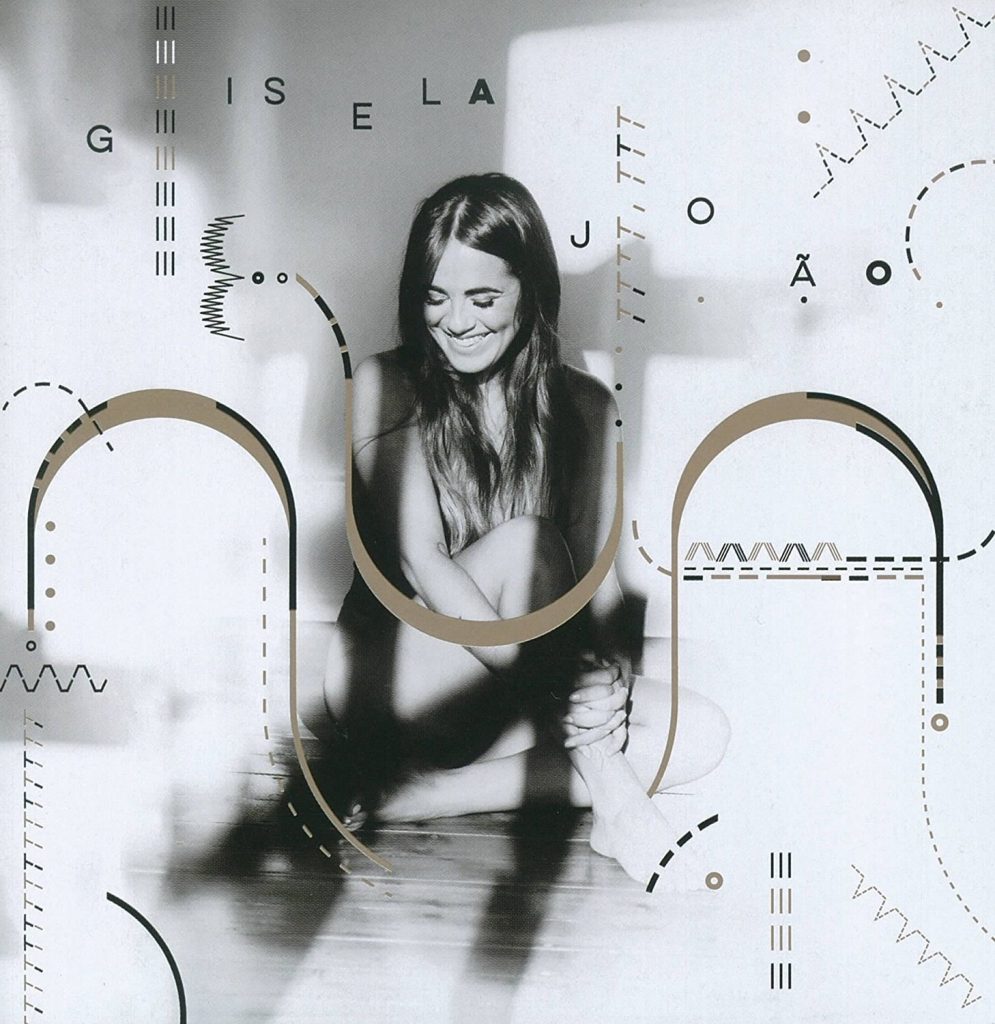 I mentioned events that “that brought me back to music”. I made no secret that I became completly fed up with music in the latFor at least 15 years I had completly lost interest. Music was boring. New stuff was unexciting and uninspiring, old stuff was OK to visit from time to time, but I didn’t want to live there. I was less interested in going exploring in new places. and music radio? Garbage, utter garbage.

Some friends tried to come to my rescue – and I tried to listen to their suggestions. Why did it happen and what changed? It struck me one day that one of the reasons I was enthralled by music – especially new music – was that I had for years shared it. That sharing had stopped when I moved from radio to new media. My return to music was through a project here on my blog. In my Mediterranean Music Tour I blogged my way around the Med asking the question “Who is your Horslips?”  Whether people took any notice or not it didn’t matter. I was exploring and finding new music and then sharing with whomever wanted to listen.

On that tour (I never left my home at any point) I discovered  Serena Della Monica & Le Ninfe della Tammorra and the EP called Femmene. There is an album (Scaramantrika), but this EP is the one I want to highlight. I was astonished to discover that accordions can be rock ‘n’ roll. And even glamourous. 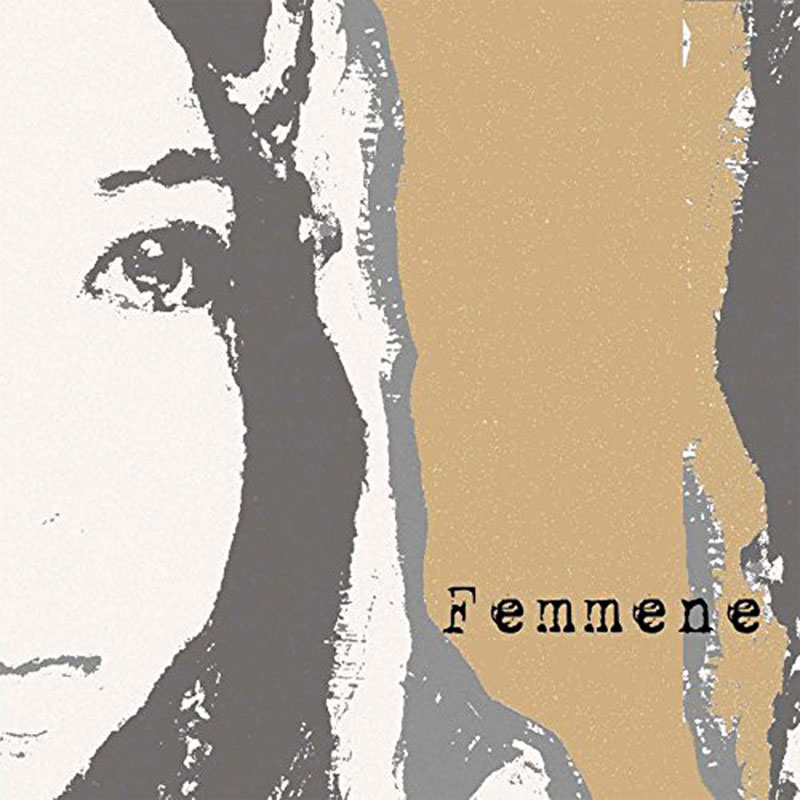 I think Lekhfa by Maryam Saleh, Maurice Louca & Tamer Abu Ghazaleh is the most challenging on this list of “10 albums that influence my musical taste”. The three are independent musicians from Cairo. Lekhfa translates as “’to make something invisible’ – but the album made a the diversity of music from north Africa visible to me for the first time. Listen then go looking for more from Maryam Salah. These artists may not be well known in this part of Europe, but they are not some obscure creatives. Martam Salah’s Facebook page has almost one million likes and 22,000 followers on Twitter. 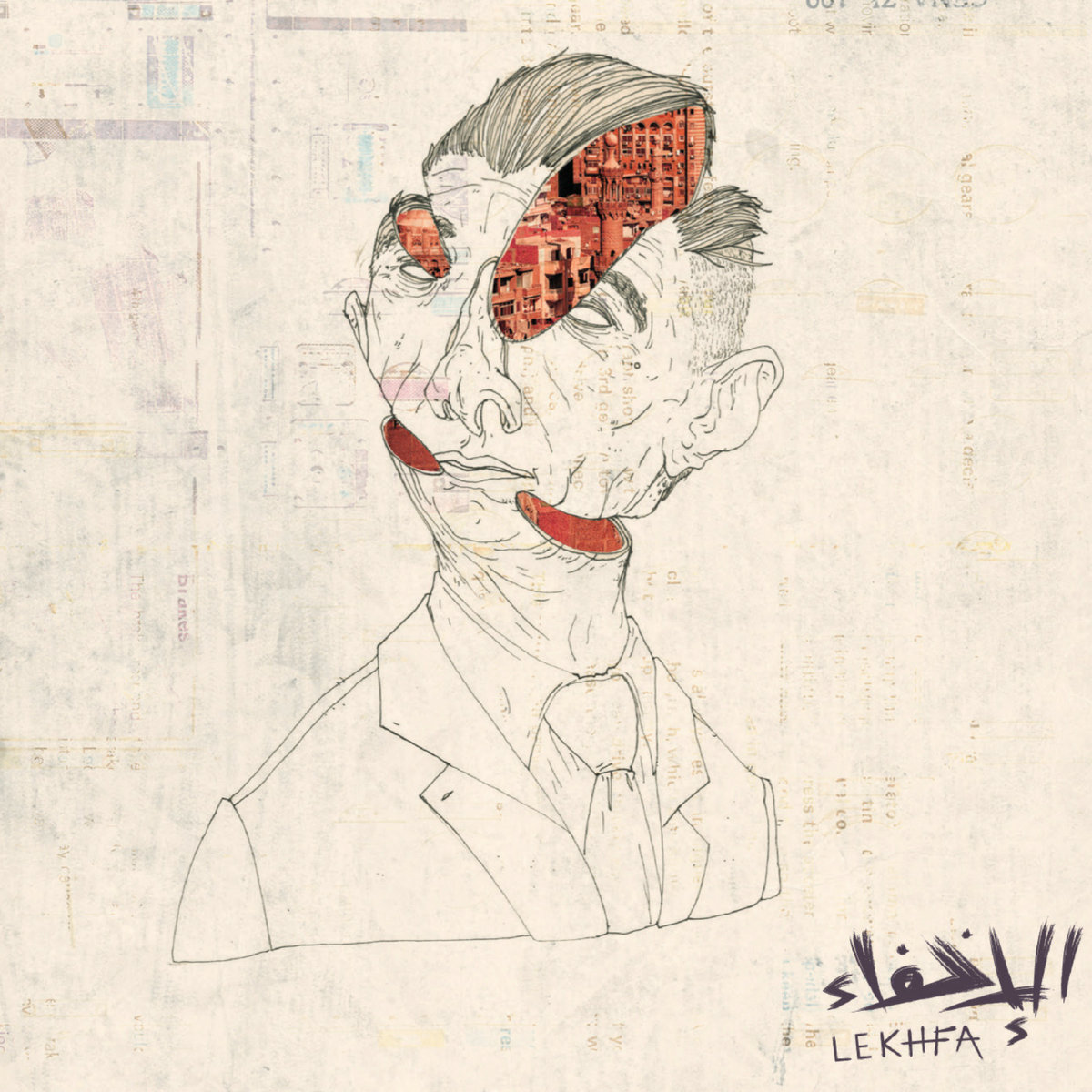 It’s a good argument over a bottle of wine or a couple of pints “Any music is improved if you mix Irish music with it.” It might not stand up to too much scrutiny. One example is Afro Celt Sound System and the genius work of Simon Emmerson.

Next in the “10 albums that influence my musical taste” is their Flight album. 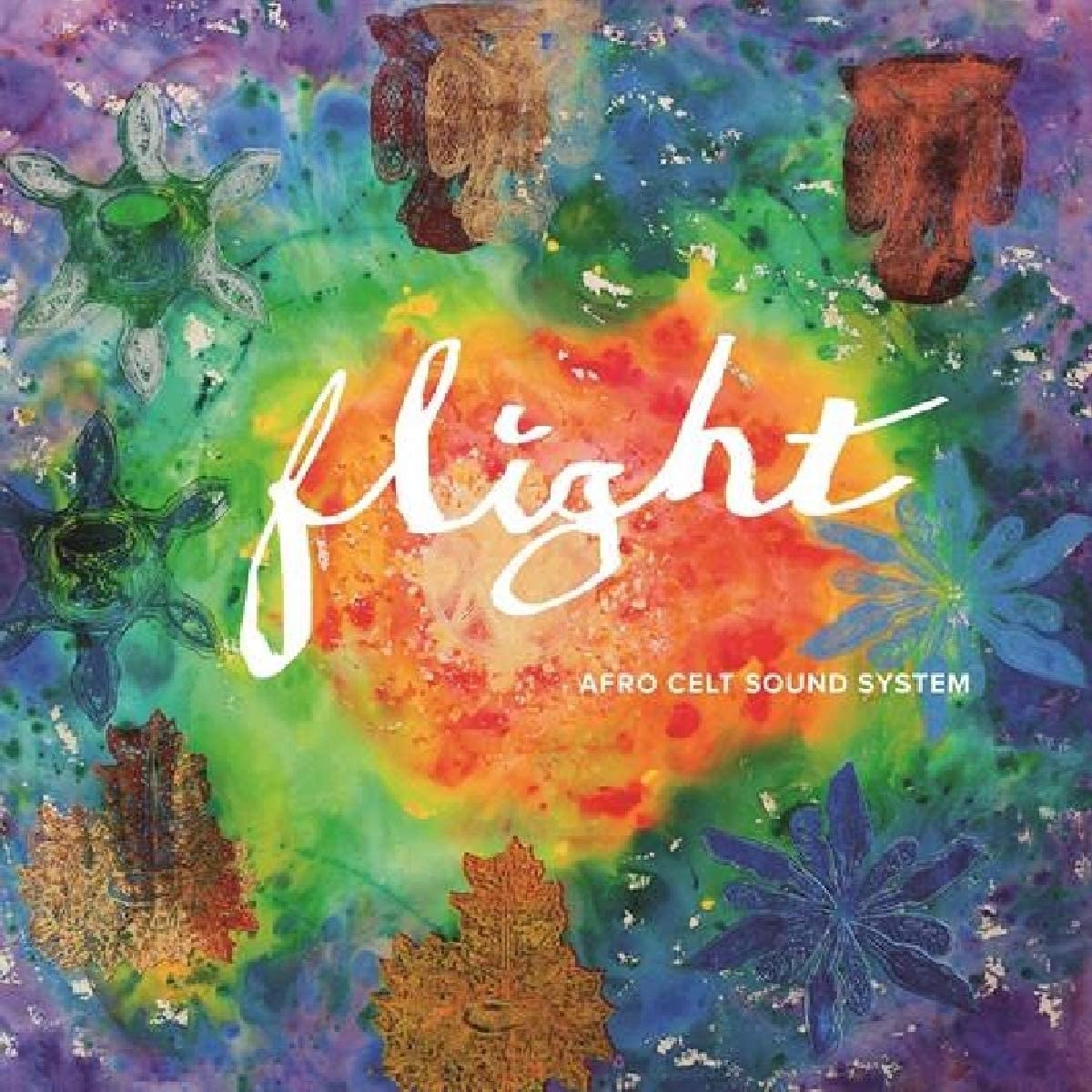 Each year in a small town right at the tip of Italy’s heal there is a massive concert. La Notte della Taranta celebrates the Pizzica and Taranta – the folk music of Salento. I found out about it by accident on YouTube researching the music of the Mediterranean.

Under the direction of a guest Maestro Concertatore musicians from the region form a – for want of a better word – supergroup. Bands like Officina Zoe, and Canzoniere Grecanico Salentino and singers Alessandra Caiulo, Enza Pagliara and Alessia Tondo, herself a member of CGS.

CGS have built an international reputation including a performance in last year’s Proms in London.

Back to Italy then for number 6 of 10 Canzoniere Grecanico Salentino’ s Canzoniere. It is not just folk music or updated folk music – it is several steps further along that road. 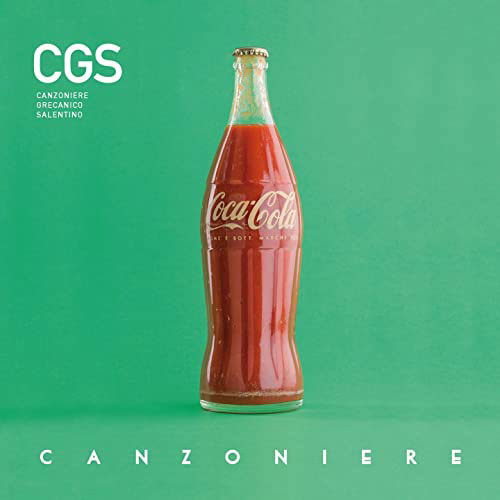 To Russia next in the “10 albums that influence my musical taste”. I’m pretty sure Sean Quinn from Tiny Magnetic Pets introduced me to Dolphin or Дельфин first through a video, then I went on to listen to the 2018 album 442 and from there to a whole range of Russian rock, electronic, experimental and even contemporary folk. Dolphin’s was the doorway not the desination. 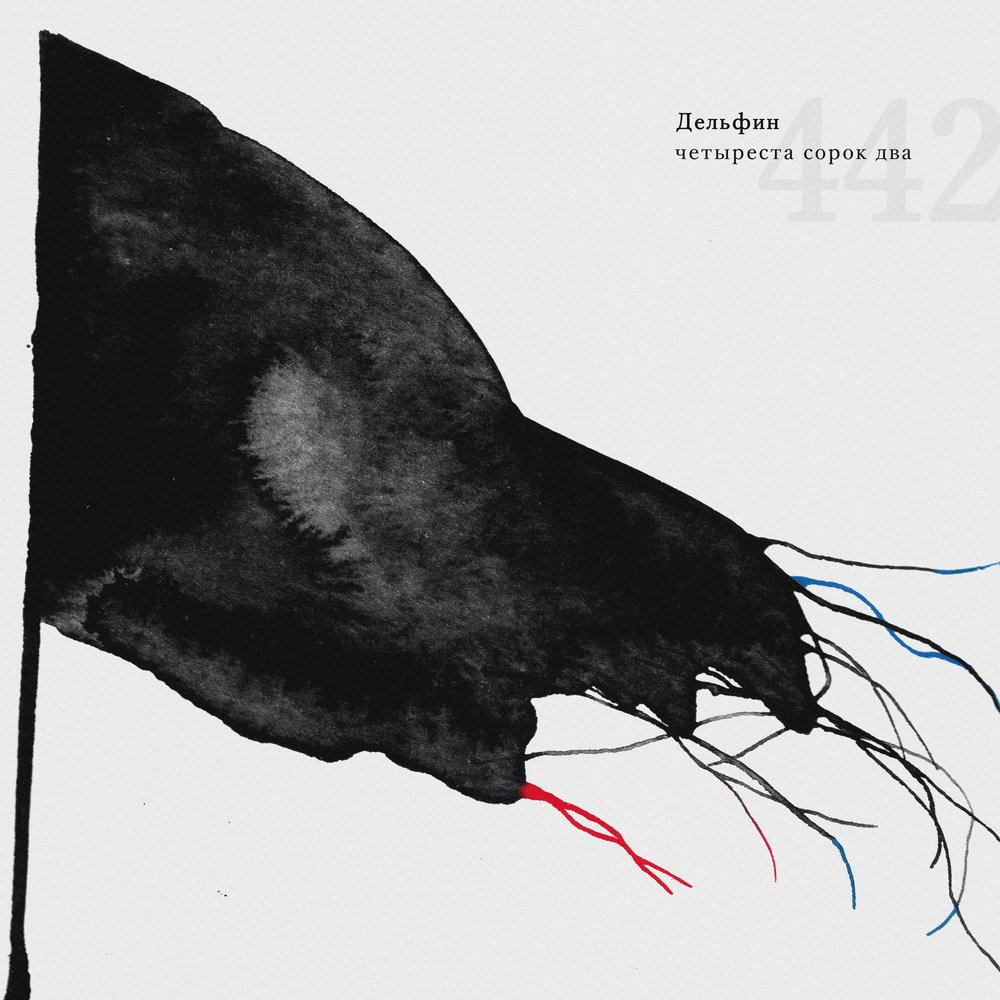 There is nothing quite like desert rock and the music of the nomadic Tuareg people of Sahara. Tnariwen’s Elwan introduced me to other music of this genre by Bombino, Tamikrest, Terakaft. 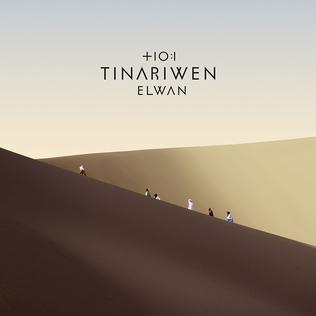 Finally, on this list “10 albums that influence my musical taste”
Sitting on the terrace of Bled Castle one warm summer evening as the sun was setting, listening to harpist Catrin Finch from Wales and Seckou Keita the kora master from Segal was a transportive experience. 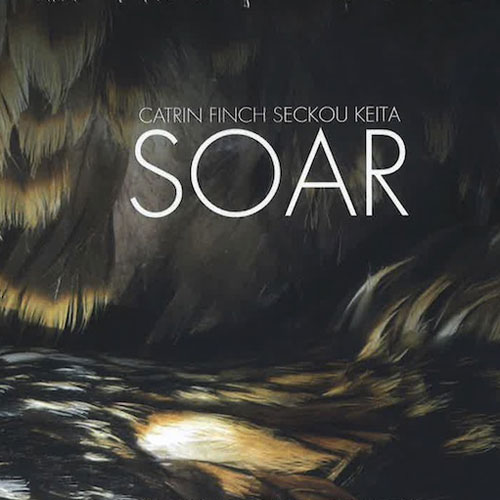