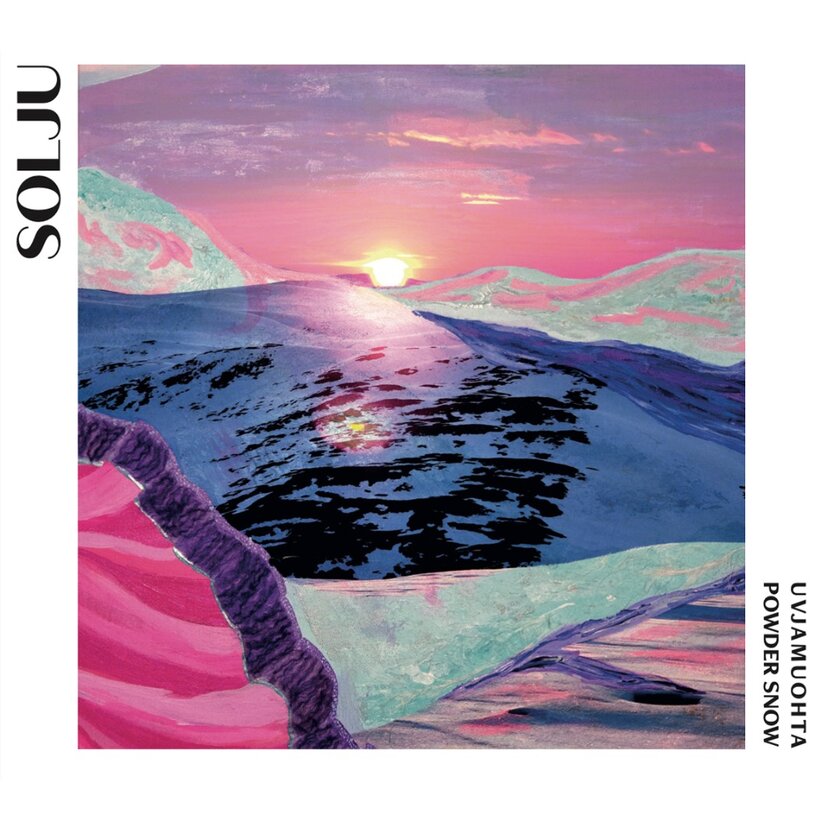 In the most northerly part of Finland, nipped between Sweden, Norway and Russia is a small almost desolate village Utsjoki (69.91°N 27.03°E, 71m asl). There are barely more than 1100 people living there. Search on your favourite mapping software and zoom in.

Utsjoki is the most northerly municipality in Finland. It is the home of mother and daughter music duo Solju; Ulla Pirttijärvi (who has more dots and umlauts in her name than I am used to seeing at any time) and her daughter Hildá Länsman. And both perform with other combos. Ulla is a member of the trio Áššu with Harald Skullerud  (Percussion, Calimba, Calabas, Harmonium) and Olav Torget (Baryton guitar, Oilcan guitar, African Konting). Hilda is also with accordionist Viivi Maria Saarenkylä in Vildá .

Their music is based on a traditional joik or yoik a traditional form of song in Sámi music performed by the Sámi people of Sapmi in Northern Europe. Joik shares some of the qualities of some Native American cultures and (I suppose more logically) of Siberia. Solju takes some of those rhythms of nature and over lays electronica, other electronic strings, modernistic understanding of the bass phrasing with a line in from modern European rock and roll rhythms.

Any traditionalist will engage with the ideas of Solju’s new album “UVJAMUOHTA / POWDER SNOW”. Any listener to modern popular music (I honestly don’t know how else to describe it) will feel comfortable with the rhythms and challenged by the melodies.

For reasons beyond my understanding this September release (‘s press release) talks of spring. As the night’s get longer in Lapland and the spring of 2023 is so far away, I do not understand the references. So let’s be rock ‘n’ roll. The Beach Boys sing of summer all through the year. and there are songs of Christmastime from early autumn. Let’s not take this album as a seasonal offering.

The more music you listen to, the smaller the world seems. There are infinite music styles more songs unwritten than written and more shared in the world than you can imagine. Why does it seem to my mid-northern European ears sound as if Oassi Mus from Solju’s new album Uvjamuohta (track 3) does not sound out of place in my imagination of northern Canadian first nation music? Or the vocals of all the songs share more to music from around the world than what we experience in our US/UK/Euro bubble?

There are strings here and basic modern rock rhythms. There are melodies that would carry English, French Spanish Italian (and many other) languages. But Sámi is not a language we are used to. And the vocal styling of songs like Válddi Fámut are strange. The electronica backing is very familiar.

This is a wonderfully accessible album. Northern Finland, and the Sámi language and culture seems so like home. There is enough to be challenging, but enough to act as a warm blanket guarding you in the cold Lapland nights. It’s spring in this album, but winter is coming.